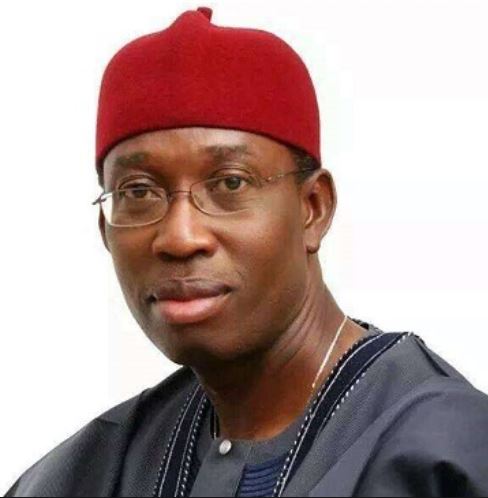 Delta Lawmakers Pass vote of Confidence on Okowa, Igbuya, Others

Lawmakers of the Delta State House of Assembly, on Tuesday, praised Governor Ifeanyi Okowa, Speaker, Rt. Hon Monday Igbuya and other principal officers of the House for strengthening the bond of unity, fostering the spirit of oneness, enhancing development and promoting good governance.

The lawmakers also passed a vote of confidence on the Governor, Dr. Ifeanyi Okowa, the Speaker, Rt. Hon. Monday Igbuya and other principal officers of the House.

This followed a motion moved by the representative of Warri South 11 state constituency, Barrister Dennis Omovie, during the proceedings in the legislature.

Omovie, who is the chairman, House Committee on DESOPADEC, commended Governor Okowa for his sterling performance and integrity.

Specifically, he praised Governor Okowa for representing the interests and the desires of the people.

“We in Delta State can walk tall in the midst of this dangerous paucity of resources because we are blessed with a man who is a wonderful manager. Governor Okowa is managing Delta State as if there is surplus. He is giving to Delta State and Deltans what they expect”.

He also praised Okowa, Igbuya and others for strengthening the state’s economy, expanding job opportunities and reducing spending”

“My colleagues, I therefore move that a vote of confidence be passed on this wonderful manager, Dr. Ifeanyi Okowa and the leadership of this hallowed chambers for their strides and the wonderful leadership they have given Delta State thus far” he said.

Later, the House unanimously passed a vote of confidence on the governor, speaker and the other principal officers.