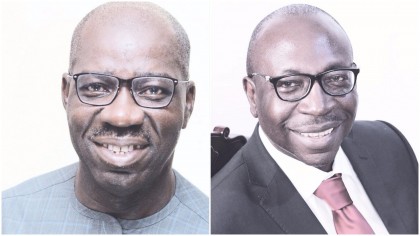 Don N. Awunah, Abuja: The Inspector General of Police, IGP Ibrahim K Idris NPM mni, determined to ensure that the rescheduled Edo Gubernatorial Election is conducted in an atmosphere of peace and security has ordered the activation of the revised operation plan for the governorship election slated to hold throughout the State on Wednesday, 28th September, 2016.

The revised election security operation plan will guarantee free, fair and credible election, secure electoral process, enable eligible voters exercise their franchise freely and voluntary, protection of election materials and officials, ensure adequate security before, during and after the election.

In the same vein, protection of life and property in the entire State will be of paramount importance. However, the Police will be firm and decisive in dealing with any infractions of the law, actions and activities that constitute breach of peace and contrary to public order.

For avoidance of doubt, the Police will mobilize and deploy adequate resources and personnel to prosecute the Edo Governorship election conclusively.

To this end, in order to achieve the expected outcome of credible election acceptable to all stakeholders, the police will deploy:

(ii) Tactical Teams which include:-

This is in addition to the deployment of other sister agencies to ensure a robust security template for the election. Also, Police Helicopters, gun boats, Armoured Personnel Carriers, Police Dogs and technical platforms will be deployed.

The IGP wishes to entreat all Police Officers and Officers of all sister security agencies deployed for the election to conduct themselves in the best professional manner, maintaining apolitical disposition and strictly adhering to the rules of engagement.

The good people of Edo State are advised to be law abiding and warned to refrain from any action that will jeopardize the existing peace and security in the State. The Nigeria Police Force on its part will discharge its statutory functions effectively, unbiased and in accordance to the principles of democratic policing.

Furthermore, the IGP has directed the Commissioner of Police in Edo State to enforce the restriction of vehicular movement from (00:00) 12 midnight Tuesday, 27th September,2016 to (18:00hrs) 6pm 28th September, 2016 except those involved in essential duties who must be properly identified.