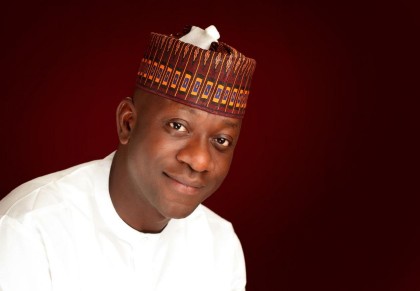 NAN, Abuja: Abdulmumin Jibrin, member of the House of Representatives and former chairman of the Appropriations Committee, has taken to Twitter to dismiss his suspension yesterday as ridiculous, unfounded, ‘which cannot stand anywhere’.

In series of tweets Wednesday night, the cyber savvy rep from Kano, said he would challenge the suspension in court.

He said he has already briefed Femi Falana, the popular human rights lawyer and senior advocate to file a case of contempt against the Yakubu Dogara led House.

Jibrin, a former ally of Dogara said he did not commit any offence when he blew the whistle over budget padding by the leaders of the House.

He added that he owes no one any apology over his action.

“Let me state very clearly that i will never ever apologise to anybody in the House of Reps. There is no reason what so ever to apologiseI did not commit any offence. I did not abuse my office. For the five years I have served, I have never corruptedly enriched myself”, he wrote.

“In contrast, these are the allegations that I raised against Mr Speaker and others which they have not responded till date.

“The bad news for Speaker and his cabal is despite doing their worst and exhausted their bullets by “suspending” me, it has not in any way

“I stand by all the allegations I raised. I wish to state categorically that there is chronic individual&systemic corruption in the House

“It is on strength of such weak institution that Speaker continue to flaunt a fake popularity in the House since many members are culprits.”