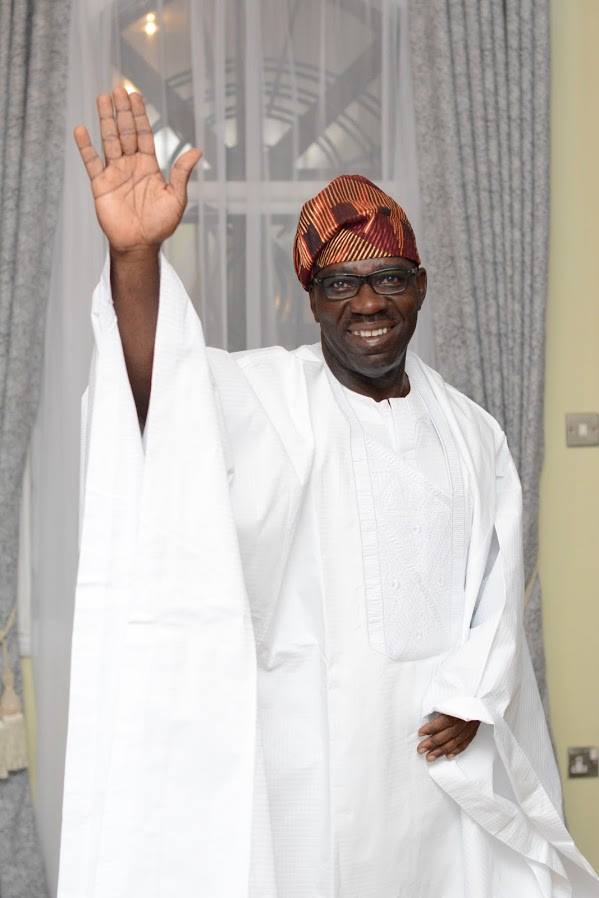 A social-political group, Akoko-Edo People’s Assembly, has thumped up Governor Godwin Obaseki’s policies and programmes, saying his appointment of two of their sons has ended the age-long marginalization of the people of the locality.

Chairman of the group, Dr. Philip Ugbodaga made the remark at a reception held in honour of two of their illustrious sons, Comrade Taiwo Akerele and Comrade John Mayaki as Chief of staff and Chief Press Secretary to the state Governor, Godwin Obaseki.

Ugbodaga said “We have been marginalized so much that at a time we actually thought that we were not from Edo state. All we need to ask from all of us is let us rally them in prayers and to do all that are necessary to ensure that they succeed.

According to him, the challenges attached to their positions although deserving, but implored the appointees to always be good examples to the youths of the locality.

The Speaker of the state House of Assembly, Hon. Justine Okonobo, urged their Kinsmen, particularly youths from the locality not to see the appointments of the Chief of Staff and the Chief Press Secretary to the Governor as a goldmine.

Rather, he said they should see their appointments as a call to service which must be accomplished through hard work, dedication to duties and prayers.

The Speaker, represented by the member, representing Akoko-Edo Constituency I, Hon. Kabiru Adjoto, assured of a good working relationship between the executive and the legislature.

President, association of past political officer holders, Chief Joseph Daudu and Hon. Emmanuel Agbaje, a member of Edo state House of Assembly, representing Akoko-Edo Constituency (II), said the task of liberating Akoko-Edo in particular and entire Edo state, has received the boost by the new order.

They urged the people to shun any attempt that would undermine the development of the local government and the state, adding that the recipients had shown commitment and dedication to duties.

In a goodwill message, Mrs. Gloria Adagbon, described both Akerele and Mayaki as square pegs in square holes with the appointments.
“I am delighted to be here with you today, to celebrate and rejoice with two illustrious sons of Igarra, Mr John Mayaki and Mr Taiwo Akerele on their well-deserved appointment as the Chief Press Secretary to the Edo Governor, Mr Godwin Obaseki and Chief of Staff to the Edo State Government respectively.

“Both Mayaki and Mr Akerele are already cut out to succeed from day one because of their unwavering commitment, dedication, selflessness, integrity and high level of professionalism.

“They have our full support and I pray to Almighty God to grant them the wisdom and understanding to deliver a high scorecard for Godwin Obaseki administration and for the good people of Edo State”.

Responding on behalf of the honourees, Comrade Mayaki, while pledging not to betray the confidence reposed in them, however, asked t for prayers and support of their kinsmen to enable them deliver on their new assignments.

He noted that the reception further symbolizes hope for the people of the locality and have helped to solidify the unity among the people.
“We are not the best in Akoko-Edo or in Edo state. But the favour of God has shone on us for him (Governor Godwin Obaseki) to make us part of his government and to designate us in various positions”, he said.