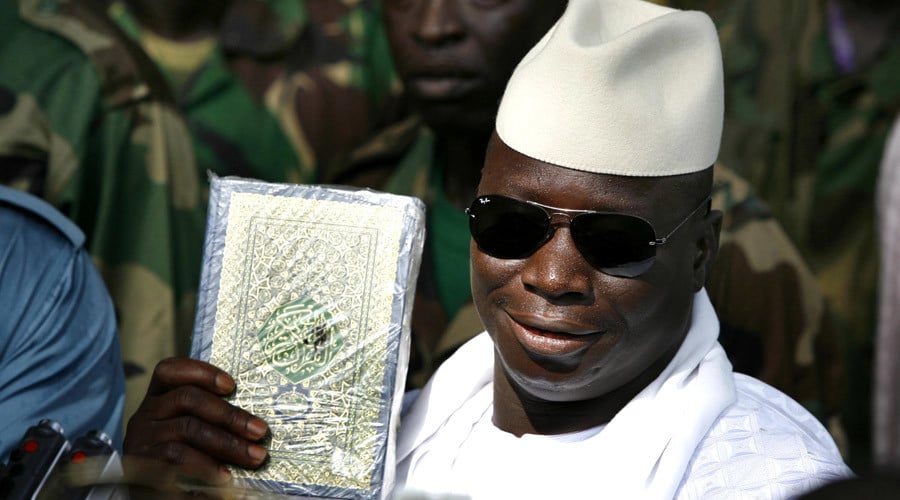 President Yahya Jammeh of Gambia now has to find another gambit to stay in power beyond next week, as his court case against Adama Barrow’s election has run into a ditch.

Gambia’s Supreme Court said today that it cannot rule for several months on  Jammeh’s challenge against his electoral defeat on 1 December due to a lack of judges.

“We can only hear this matter when we have a full bench of the Supreme Court,” Emmanuel Fagbenle, the court’s chief justice said Tuesday.

The Nigerian judge said the extra judges needed to hear the case were not available.

The Gambia relies on foreign judges, notably from Nigeria, to staff its courts due to a lack of trained professionals in the tiny west African state.

Fagbenle added that he would prefer the country to resolve its political deadlock through the mediation underway by a group of West African leaders, who are attempting to persuade Jammeh to respect the constitution and step aside.

“This is why alternative dispute resolution is important,” he said.

“We are now only left with the ECOWAS mediation initiative and the inter-party committee set up by government to resolve the dispute,” he said.

The leaders from the ECOWAS regional grouping led by Nigerian President Muhammadu Buhari will return to The Gambia for the second time since the election tomorrow to attempt a diplomatic solution, but Nigeria’s foreign minister has said the use of force remains an option.

By ECOWAS deadline, Jammeh has up till 19 January to quit office to allow the swearing in of Adama Barrow on 20 January, as the new leader.