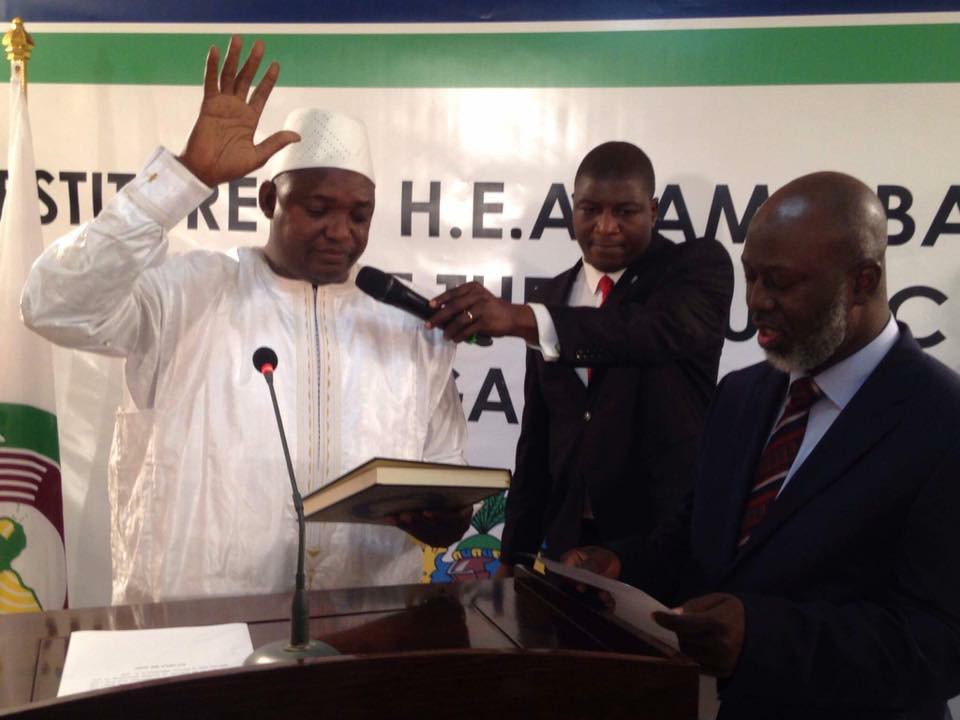 Makut Simon Macham, Banjul: Gambian President Adama Barrow has expressed deep appreciation to President Muhammadu Buhari and Nigeria for ensuring that his mandate was not stolen.

Recalled President Buhari was the leader of ECOWAS mediation team that open up discussion with the then embattled Yahya Jammeh who refused to leave power after failing in an election he over saw.

Yahya Jammeh the then President of Gambia after the results were announced called and congratulated the winner Adama Barrow and was calling for Barrow’s corporation on smooth transition of power.

Days later Yahya Jammeh turned back and rescind on his earlier decision to relinquish power to Barrow, saying he did not agree with the outcome of the election results earlier announced which he accept defeat and will contest it in the Supreme court.

But with ECOWAS moving in to mediate and even went further should Yahya Jammeh fail to leave officer on the 18th January, it will leave no option but to use force on the President. That will not happen as he was talked to accept to step down and went on exile in an African country.

President Barrow said the leadership role played by Nigeria will never be forgotten by Gambia.