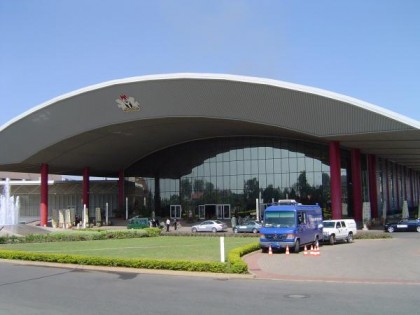 ICC, Venue For The Meeting

ASP Anjuguri Manzah, Abuja; The attention of the FCT Police Command has been drawn to an online report posted by Breaking Times subscribing that Police bars Makarfi faction of PDP from using International Conference Centre (ICC) for meeting.

The report was misleading, malicious and capable of misinforming members of the public on the statutory roles of the Nigeria Police Force to restore law and order, and guarantee the protection of lives and property throughout the country. The story is absolutely a shadowy imagination of the writer and should be disregarded.

Credible Intelligence at the disposal of the FCT Police Command indicated that the two factions i.e. the Ahmed Makarfi Group and the Ali Modu Sheriff Group scheduled to hold their meetings at the International Conference Centre (ICC) today and this can lead to serious clash and breach of Public peace.

The Command did not close down the International conference Centre nor barred the Makarfi faction of PDP from using the ICC for meeting as alleged in the report but intervened to prevent breakdown of law and order by advising the Management of the ICC not allow any of the group to use the place for any meeting. However, the Command provided visible security for the Ahmed Makarfi Group when they relocated to Ekiti State Government lodge in Asokoro, Abuja despite not been informed.

To this end, the FCT Police Command wishes to assure the media of its support and cooperation to ensure law and order, crime free society and credible reportage.