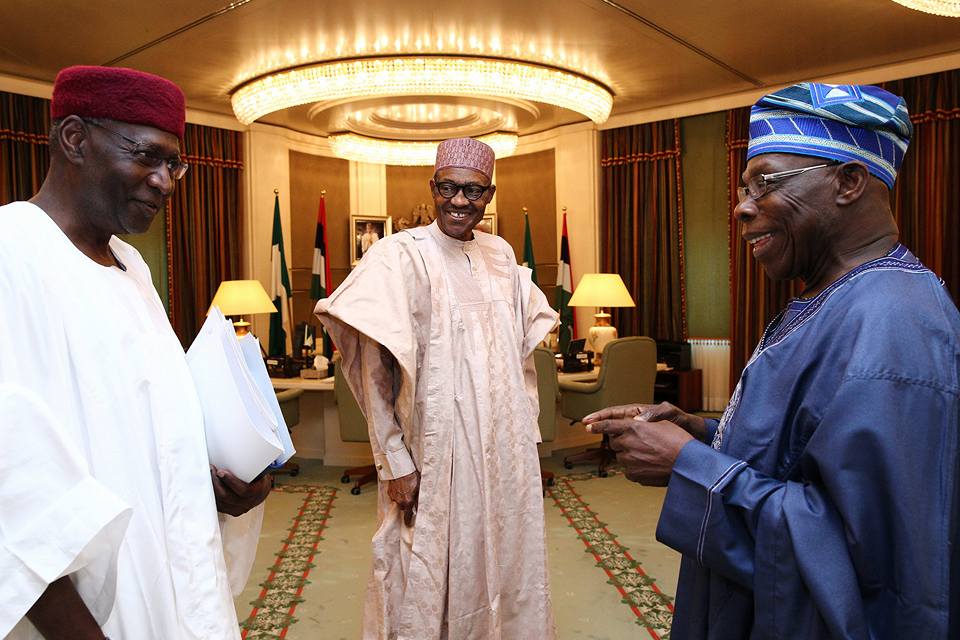 Olawale Jokotoye, NAN: Former President Olusegun Obasanjo says that the current Nigerian leader, President Buhari, has not disappointed him since he assumed office in 2015. Obasanjo stated this in an interview at his hilltop residence in Abeokuta.

While reflecting on the Buhari administration since 2015, Obasanjo said that the president had done his best to move the country forward.

“Whatever anybody says, President Buhari has not disappointed me from what I know of him,’’ he said.

He said the president had delivered on his core areas of strength and ability, particularly in the anti-corruption crusade and the war against the insurgency.

“In my book, I have said that Buhari is not strong on the economy and I did not write this to run him down.

“I also used to think that he is not strong in the area of foreign affairs, but I have realised that he has improved very well.

“He has actually done his best in the areas where we know him to be strong,” he said.

The elder statesman urged Nigerians not to relent in their support for Buhari and not to give up on Nigeria.

“Whatever you might see as bad in Nigeria, other societies have gone through the same at some period in their history.

“It is not for us to begin to condemn but to begin to join hands together and consider how we can make the best out of our present.

“Our present situation is a passing phase and we need to be resilient to ensure that we are not consumed by it.

“It is the height of ingratitude for people to say Nigeria has not achieved anything or much as a nation.

“The generation before mine fought for Nigeria’s independence, that is great.

“My own generation, which is the next, fought to sustain the unity of Nigeria.

“Since 1999, Nigeria had enjoyed 18 years of unbroken democracy.

“We witnessed in 2007 a transition of power from one individual to another in the same party.

“All these should not be taken for granted,” he said.

Obasanjo also decried the call for national conferences or assemblies to negotiate the continued unity of Nigeria.

The former president who described such conferences as distractions said he did not bother to read the report of the last one organised by former President Goodluck Jonathan.

“We Nigerians need ourselves and if anyone thinks he does not need another person, good luck to him.

“What I see in all those groups trying to break away is that they want more of the national cake.

“The fact that you want more of the cake means that it is good and you like it, else you will not be asking for more of it.

“I do understand the agitations of the youths in that the increased facilities that now exist as against our own time have not translated to adequate opportunities for them.

“But I think that rather than engage in violence, they should think of how to build on the sacrifices of the generations before them,” he said.

The elder statesman, who would turn 80 on March 5, said he had no regrets at such an age.

He said that his hope that Nigeria would still be a great nation was still intact.