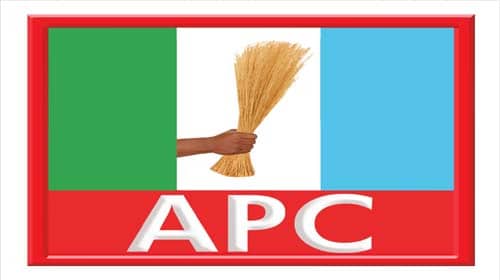 APC NWC Meet With Governors To Review Challenges Of The Party

The National Working Committee (NWC) of the the All Progressives congress (APC) led by the National Chairman, Chief John Odigie-Oyegun on Thursday met with governors elected on the platform of the APC.

The National Chairman reviewed the state of the Party, x-raying the challenges facing the APC in relations to funding and financing.

It was agreed that the Party is not effectively funded as it should be. A new funding mechanism was therefore devised based on a planned continuous membership registration exercise across the country. The meeting agreed that this is the only sustainable way to fund the party.

The meeting also discussed the situations in some of the state chapters of the Party, and it was agreed that an effective conflict resolution mechanism will be put in place to stem the tide of internal dissension and resolve existing issues.

As we near the midterm, the meeting also resolved to launch a project to showcase the accomplishments of APC governors in all the 24 states controlled by the Party.

The upcoming non-elective convention was also discussed and it was agreed that the convention will take place on April 29th.

The meeting acknowledged that the President, His Excellency, Muhammadu Buhari has been away longer than was originally envisaged.

The meeting however, commended the President for following the rule of law by allowing the Vice President, Prof. Yemi Osinbajo to assume proper leadership and by so doing saved the country the kind of trauma that was experienced in the past.

The meeting commended the Acting President, the leadership of the National Assembly, and all the APC governors for standing strong and ensuring that government continues to run smoothly, while praying to the Almighty God to bring the President back safe and sound.

NEWER POSTOkorocha Laments: “One Of The Greatest Danger Of Colonisation Is The Removal Of Our Culture”
OLDER POSTIheanacho Returns To Scoring Ways In Manchester City FA Cup Romp