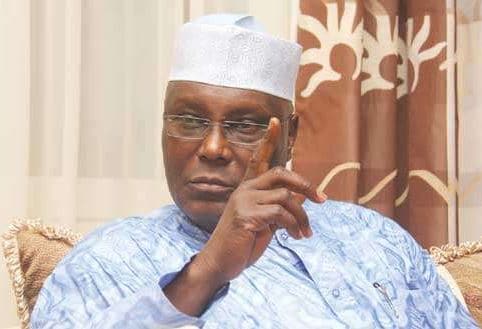 Atiku Suggests Collapsing Of Unviable State Into Another

Former Vice President of Nigeria and APC Presidential aspirant in the 2015 elections, Atiku Abubakar suggested the collapsing of unviable states in the country into another.

The Former Vice President was speaking on restructuring of the Nigerian Federal system.

“We can also find other ways to determine the viability of states, for example by introducing a means test such that a state that is unable to

“generate a certain percentage of its expenditures internally for a specified period of time will be deemed unviable and collapsed into another or a group of states.

“We can constitute a body of non-partisan experts to suggest other ideas. But in all, we must devolve more powers and resources from the federal government and de-emphasize federal allocations as the source of sustenance of states” He said.

Atiku said that Nigeria needs to start producing again and collecting taxes to run governments in a more sustainable way with greater transparency and accountability.

He lamented on the country’s strong dependence on oil revenues rather than thinking of diverse economic activities, and having a mindset that saw any push for greater autonomy for regions as a threat to national unity.

Atiku said the efforts resulted in excessive centralization of power and concentration of economic resources at the federal level.

“For as long as oil flowed and revenues remained high, few people seemed to mind.

“Thus, our governments walked away from preceding sources of government revenues. Rather than clamour for more productivity and improvements in human resource development, we clamoured for and got more states and local governments.” He added.

While making reference to the 1999 constitution, the former Vice President cite the awkward situation where the federal government created local governments and continue to allocate resources directly to them through so-called joint accounts with state governments.

He described the end results as ineffective and not applicable to national development.