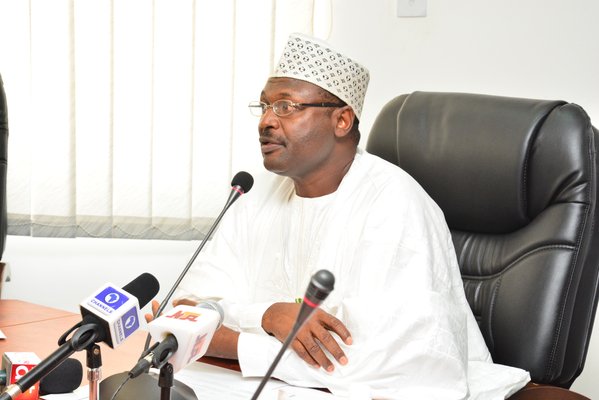 See Number of Political Associations That Have Applied To Be Registered

Nick Dazang, Abuja: Chairman of the Independent National Electoral Commission (INEC), Professor Mahmood Yakubu, has disclosed that as at earlier today, 13th March, 2017, the number of political associations that have applied to be registered as political parties was put at eighty six (86).

The INEC Chairman used the opportunity to welcome back 10 Political Parties who were deregistered after the 2015 general elections but were reinstated by court orders. Said he: “As always, INEC will abide by court orders on this one and all other matters.” With the 10 reinstated parties, the total number of Political Parties in the country is now 40.

Professor Yakubu listed some pertinent issues to be discussed at the meeting. They are:
1. INECs proposed Strategic Plan for 2017 to 2021;
2. Court judgments and the role of political parties;
3. Violence in the conduct of primaries, in particular and election in general;
4. Internal party democracy;
5. Due diligence in the nomination of candidates to INEC for election;
6. Political party and campaign finance;
7. Nationwide Continuous Voter Registration by INEC;
8. The outstanding Anambra Central Senatorial re-run election; and
9. A brief presentation by INEC on new ICT platforms and innovations.

In his response, the Chairman of IPAC, Muhammad Nalado, implored the Commission to develop alternative modalities that would prevent future deregistration of Political Parties in a bid to sustain democracy.

He pledged the continued support and cooperation of IPAC in INEC’s, strive to strengthen the democratic process.