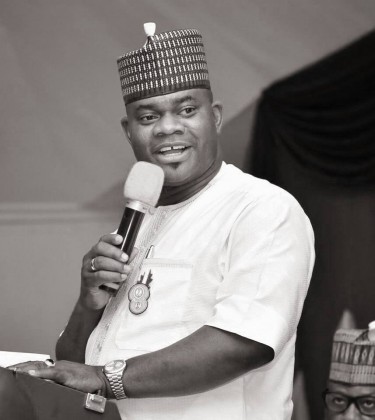 GYB Welcomes Those That Cross To APC

NAN, Abuja; Six members of the Kogi House of Assembly, elected on the platform of the Peoples Democratic Party (PDP), have defected to the All Progressives Congress (APC), giving it  the majority in the house with 16 members.

The PDP is now left with nine members.

The defecting members, in a joint  letter to the Speaker, Alhaji Umar Imam, cited “factional squabbles” in the PDP, as responsible for their action.

The legislators said that they were forced to move to a more stable political group because the factional squabbles, both at the national and state levels, had torn the PDP into shreds.

“The PDP has two National Chairmen – Sen. Ali Modu-Sheriff and Sen. Ahmed Makarfi- whose existence for over 10 months has left us uncomfortable, politically.

“In view of the unfortunate division and its negative implications, we have no option than to defect to the APC to be able to accomplish our missions of bringing government closer to our people,’’ the letter further stated.

Godwin Osiyi (PDP, Ogori-Magongo), warned the defectors against moving away from their new political abode anytime it was faced with similar disagreements.

Osiyi advised that the defection should not be allowed to affect the peace and unity among members.

The Speaker, while congratulating the defectors for their decision, assured his colleagues that their action would  not affect the unity in the House.

“What is important is the peace and unity that we enjoy. The House remains one. We are all gentlemen and have to be focused toward what we can do in the remaining period,’’ Imam said.

Mr Friday Sani (PDP-Igalamela-Odolu), described the defection as a `child’s play’, and claimed that the members did not follow due process as enshrined in section 109 of the constitution.

“Votes belong to the party and not individual candidates; the defectors will lose their seats because we shall challenge their action in court,” he said.