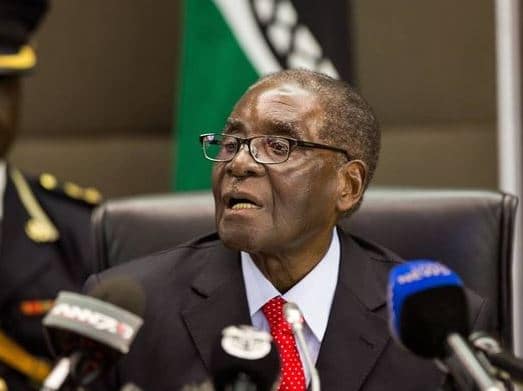 Opposition parties in Zimbabwe on Wednesday in Harare demanded that next year’s presidential elections should be conducted by a committee set up by the United Nations and African Union because they had lost confidence in the neutrality of the nation’s electoral umpire.

Leaders from several political parties, including Movement for Democratic Change’s Morgan Tsvangirai, told a few hundred supporters during a protest rally in the capital that the Zimbabwe Electoral Commission (ZEC) had failed to be partial and should be disbanded.

President Robert Mugabe, 94 and has governed Zimbabwe as its President since 1987, having previously governed as its Prime Minister from 1980 to 1987, is due to run again.

Police deployed water cannon and anti-riot officers on the streets of the capital throughout the day after confining the protesters to an open space on the edge of the city centre.

The opposition parties, who were united under a National Election Reform Agenda (NERA), were protesting against changes to the voter registration process and said they would rally behind Tsvangirai to face Mugabe in the presidential vote.

Anti-government protests in August descended into some of the worst violence seen in the southern African nation for two decades as anger over economic hardship boiled over.

The opposition parties also said Mugabe’s government (which has been in power for 30 years), should back off from its decision to take over the purchase of biometric voter registration kits from the United Nations.

They fear this will make it easier for Mugabe’s ZANU-PF to skew the list of eligible voters in its favour.

Mbire did not say what would happen if Mugabe’s government rejected their demands. ZANU-PF legal secretary and Finance Minister Patrick Chinamasa told the state-run Herald newspaper that it was ZEC’s constitutional right to run elections.

Anti-riot police allowed a handful of NERA officials to present a petition to the offices of ZEC. Zimbabwe is due to hold its next presidential and parliamentary election by July 2018. Mugabe has been endorsed as the ruling party’s presidential candidate.