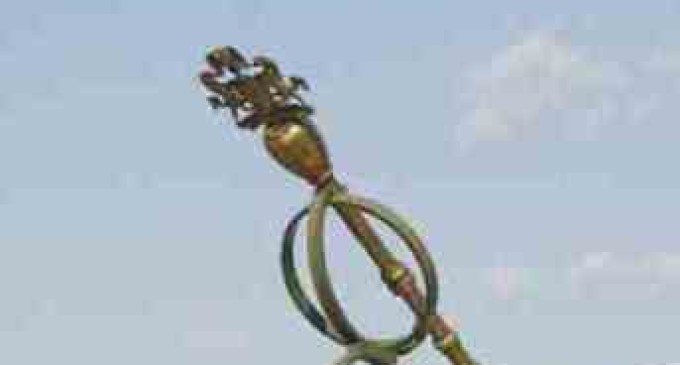 Just In: Speaker Impeached By 80% Members In An Emergency Sitting

Austin Edemodu, Delta: The Speaker of the Delta State House of Assembly Monday Igbuya representing Sapele State Constituency has been impeached by 22 members out of 29 members at an emergency sitting at the assembly complex.

The Deputy Speaker of the house Friday Osanebi who presided over the plenary called for any matter of urgent public importance. Thereafter, the member representing Isoko North II moved a motion for the removal of Monday Igbuya and was supported by member representing Oshimili South Peter Onwusanya.

Johnson Erijo in his presentation said the removal of the Speaker has become necessary because of his incompetence, highhandedness and unassuming leadership style.

After the voice vote, the Deputy Speaker Friday Osanebi called on the Clerk of the house Lynda Ocholor to swear in the new speaker. In his acceptance speech, Sheriff Oborowei promised to follow the rules of the house. In another motion peter Onwusanya moved for the suspension and removal of both the impeached speaker and the majority leader Tim Owhefere for 3 months and nomimated Johnsom Erijo of Ughelli North 11 as the new majority leader and was adopted by the house.

In the absence of any other item in the order paper, the house adjourned plenary till 23rd of May 2017.