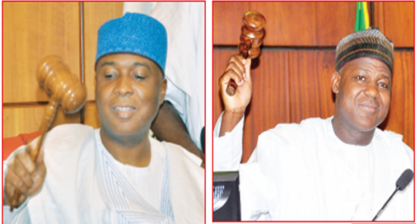 The All Progressives Congress (APC) commends the decision of the Senate President and Chairman of the 8th National Assembly, Dr. Bukola Saraki and the Speaker of House of Representatives, Rt. Hon. Yakubu Dogara to release details of the 2017 National Assembly budget, for the first time in our recent democratic history.

It will be recalled that the Senate President had earlier in the year promised that the National Assembly budget details would be made available to the public following clamour from Nigerians for an open budget.

By breaking from the tradition of secrecy that had shrouded the finances of the legislative institution, the APC-led National Assembly under Saraki has demonstrated their commitment to an open and accountable National Assembly, in line our Party’s resolve to run a more transparent government based on manifest probity.

Perhaps, more importantly, by this action, the leadership of the National Assembly has demonstrated that they are in tune with the yearnings of Nigerians for a transparent and open government. We are confident that by this unprecedented action, the National Assembly has taken a major step forward in improving its estimation in the eyes of all citizens.

The Party calls on the National Assembly to continue to stand firm in its support for the President Muhammadu Buhari administration as it strives to deliver to Nigerians the positive change that our party promised.