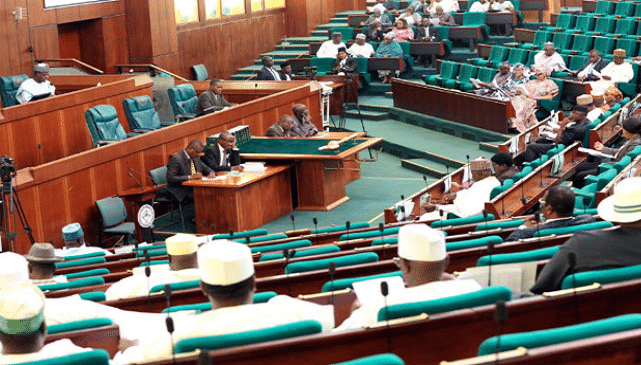 The House of Representatives has commenced investigation into the sale of Defence College quartets, Apo, and the status of undeveloped allotted plots in the Federal Capital Territory, Abuja.

Declaring open, a Public Hearing organized by the House Committee on FCT to consider the two House resolutions alongside four Bills referred to it, the Speaker, Hon. Yakubu Dogara, enjoined stakeholders to take advantage of the lawmaking process to provide information and materials that will guide the the committee in its legislative work.

” In the Law-making process, Public Hearing is the only stage in the development process of a Bill or Motion that has the advantages of affording the public the opportunity of providing information and materials that will stimulate interests of citizens leading to their participation and contributions in the process of law-making. It is also a platform where interests and opinions are articulated and aggregated to form the basis for making good law and policy for the betterment of the larger society ”

Following House resolution, The FCT committee, Chaired by Hon. Herman Hembe was mandated to carry out investigations on the following :

Urgent Need to Establish the Status of Undeveloped Allotted Plots in the Federal Capital Territory (FCT) and to Take Measures Geared Towards Enforcing the Terms and Conditions for such Grant and Allotment and Establish the Identity and Ownership of Properties in the Highbrow Areas of the FCT, Abuja

The committee is also considering four FCT related Bills referred to it for further legislative action. They are:

A Bill For An Act To Provide For The Establishment Of The Federal Capital Territory Wider Area Planning And Development Commission; And For Other Matters Connected Therewith

A Bill For An Act To Provide For The Establishment Of The Federal Capital Territory University Of Science And Technology, Abaji And For Other Matters Related There to

A Bill For An Act To Establish FCT College Of Agriculture; And For Other Matters Connected Therewith

” Ladies and Gentlemen Sections 4, 60, 89 and 297-303 of the Constitution of the Federal Republic of Nigeria, 1999 (as amended) and inherent powers of the House Committee on Federal Capital Territory (FCT), as stated in Order 18, Rule 34, are the legal instruments that would guide this Public Hearing”

” specifically, S.297(2) of the Constitution provides that The ownership of all lands comprised in the Federal Capital Territory, Abuja shall vest in the Government of the Federal Republic of Nigeria”.
Furthermore, S.299(a)(c) provides thus: “(a) all the legislative powers, the executive powers and the judicial powers vested in the House of Assembly, the Governor of a State and in the courts of a State shall, respectively, vest in the National Assembly, the President of the Federation and in the courts which by virtue of the foregoing provisions are courts established for the Federal Capital Territory, Abuja;

The Speaker commended the House Committee on FCT for considering all the Bills and Resolutions at one hearing as this, according to him will conserve time and resources which would otherwise have been spent on separate legislative measures for each bill or Resolution.