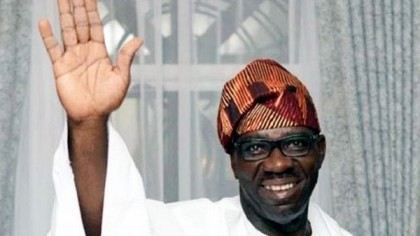 Gov. Godwin Obaseki of Edo has urged Nigerians, especially politicians, not to compromise the unity of Nigeria by sticking to political and other affiliations.

Obaseki made the call while talking with newsmen shortly after the inauguration of Bridge 98.7 FM, a new radio station, in Asaba, Delta, on Friday.

He said that political affiliations should not be considered more important than the unity shared by the citizenry.

On collaboration between Edo and Delta in spite of different political parties being in government in both states, the governor said that the states shared the same heritage and had remained one.

According to him, Edo and Delta people are one; we used to be one state (Bendel), so, political affiliation cannot divide us.

He commended the Chief Executive Officer (CEO) of the radio station, Dr Henry Nzekwu, for the state-of-the-art facilities and level of professionalism employed in setting up the station.

The governor said that his administration would draw inspiration from the initiative to develop broadcast stations in Edo.

Earlier, Nzekwu had said that the station was established to promote national unity, family values and economic development.

Nzekwu expressed optimism that the best of technologies would be leveraged on to deliver quality services to the populace. (NAN)