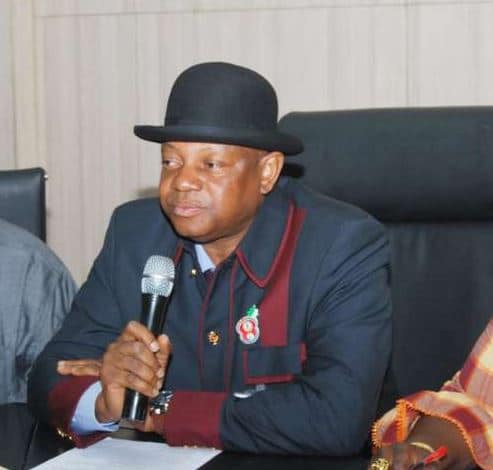 We Are Open To Probe Not Blackmail – PAP Office

The Presidential Amnesty Programme (PAP), Office, said on Saturday that it would welcome probe of the programme and not mere blackmail.
Mr Owei Lakemfam, Head of Media, said in Abuja in a statement that the office attention had been drawn to a faceless group demanding a probe of its activities.

According to him, as a public institution answerable to the public, the Office is obliged to give account of its activities.

“So, in itself, there is nothing wrong with a probe, a probe does not mean guilt; it is merely an inquiry to find out if any infraction has been committed.
“It is like a man undergoing routine medical checkup which does not necessarily mean he is sick.

“However, the PAP Office objects to the group’s follow up blackmail of the supervising officers, the leadership of the PAP and their families.
“If in truth this group wants a probe, it ordinarily will wait for the response of the authorities it has petitioned and the outcome of the probe.

“To proceed to call for so-called protests in and outside the country until the leadership of the PAP is replaced, is to pronounce guilt even before any investigation is carried out or the officials are given any chance to respond to the load of unsubstantiated claims.”

He said that this was against the laws of natural justice, national and international laws and ethics which give every human being the fundamental right to defend himself before a competent authority or court of law.

“This exposes the under belly of the probe demand as being far from altruistic; it is an indication that a hatchet job is underway.
“Unfortunately, there is a growing culture of some persons mainly from the South-South of the country plying on blackmail to get by or get contracts; this will not work with the PAP,” he said.

He said that in spite of the blackmail, the Office stood by its decision that those on the Amnesty scholarship in tertiary institutions would not be entitled to be paid stipends along with their monthly In-Training-Allowance as this amounts to double payment.

He, however, said “PAP is a professional and security interventionist agency designed to bring peace, stability and development to the Niger Delta and has so far succeeded in its primary mandate.

“It is therefore, unpatriotic to seek to politicise it.

“It is, indeed, a security programme, not a political one, and the leadership of the programme under retired Brig.-Gen. Paul Boroh, the Special Adviser to the President on Niger Delta and Coordinator of the Programme, has struggled and has so far succeeded in shielding it away from partisan politics.

He said that the Federal budget was passed mid-year and it led to long delays in payment of stipends, school fees, projects and in-training allowance,
“But through painstaking reach out programmes, meetings, explanations and support by all and sundry the Boroh leadership has been able to maintain continuous peace in the region.

“The PAP is fundamentally on course and we appeal to all well meaning Nigerians to continue to give the programme the needed support to sustain the peace in the Niger Delta region,” he said

The media aide, however, said “peace is expensive and therefore it requires sustainability.”