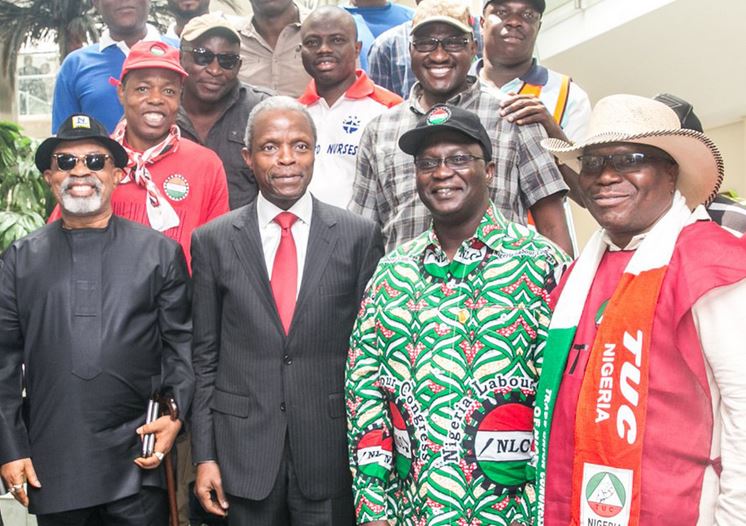 The 29-member committee on a new National Minimum Wage will begin sitting before the end of July, NLC President, Comrade Ayuba Wabba, said on Wednesday.

“Before the end of this month, the process of discussions on a new minimum wage will commence, “Wabba said at an interactive forum in Lagos.

The News Agency of Nigeria (NAN) reports that the forum was organised by the NLC to discuss challenges facing its affiliates.

Wabba said that NLC learnt that the presidency had agreed that six people would represent the Federal Government in the committee.

He said that review of the minimum wage was long overdue, adding that workers had suffered much hardship due to Nigeria’s economic situation.

”Today, inflation is more that 16 per cent but salary has remained fixed for about six years.

”It means that workers are living in penury. We will ensure that the negotiation will end well,” he said.

Wabba said that achieving an improved income for workers was a collective struggle.

He urged workers, particularly union leaders, to be committed to it.

Wabba gave the assurance that the organised labour would continue to protect workers’ rights.

The NLC and the Trade Union Congress of Nigeria have been agitating for review of minimum wage from N18,000 to N56,000, due to hardship faced by workers as a result of inflation.

The Federal Executive Council (FEC) had in May approved constitution of the committee to start the process of deliberations for a new wage for Nigerian workers.

The meeting was presided over by Acting President Yemi Osinbajo.

The Minister of Labour and Employment, Dr Chris Ngige, told journalists after the meeting that members of the committee would be drawn from the organised labour and federal and state governments.

Ngige said that the chairman and secretary of the committee would be appointed by the government.