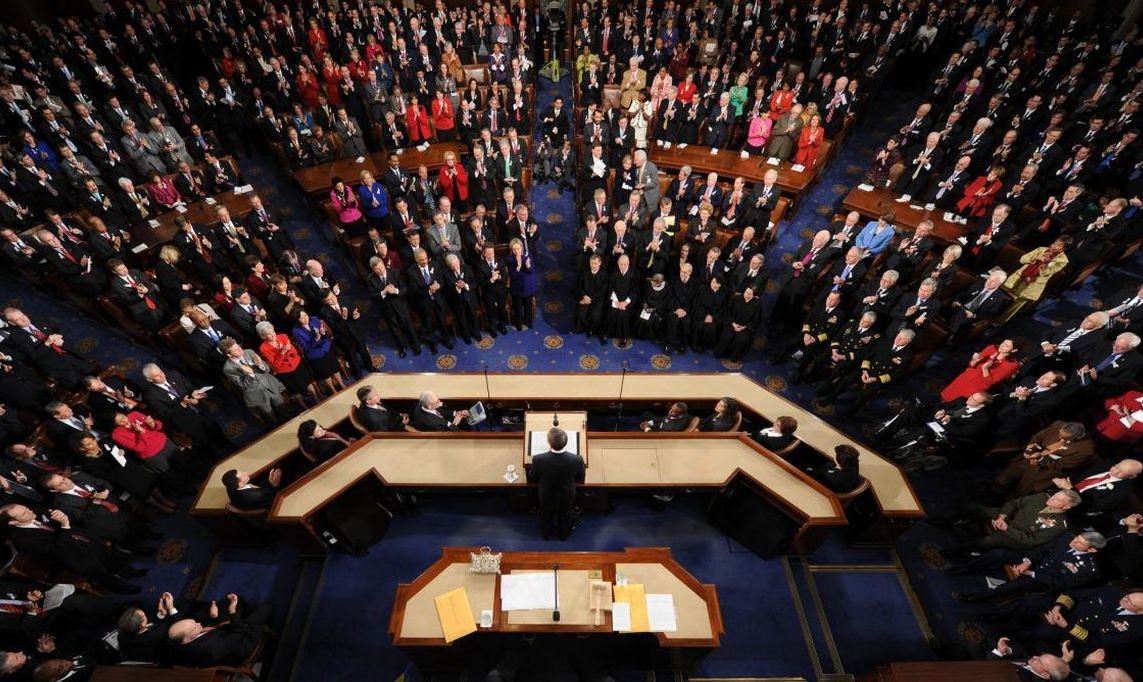 President of the Senate, Dr. Abubakar Bukola Saraki led a team of National Assembly members on Monday in a meeting with a United States (U.S) Congressional Delegation to discuss issues around security, humanitarian crisis in the North East, and ways to build a better working relationship between the Parliaments of both countries.

“Today’s meeting was held to discuss ways to improve the relationship between the U.S. and Nigeria; look at securing greater support in the fight against terrorism and for the humanitarian crisis in different parts of the country,” the Senate President said, “We also discussed improving agriculture in Nigeria and providing jobs for our people.”

Saraki also stated that the American congressional delegation and the National Assembly discussed ways to strengthen the institutional relationships between Nigeria and the US.

“I think the commitment that we have is that they have seen that there is a need to strengthen the institutional relationships between the legislatures of both our countries and that is very key,” Saraki said.

On the issue of the arms purchase from the United States, the Senate President said:
“As you are aware, there is a new development that has happened in respect to the procurement of arms by the country. For the first time, the US Government have agreed in principle to sell arms to Nigeria to help in our fight against the insurgency. Of course, we will look into areas of human rights where there has always been a concern.

“We hope that following this visit, the sale of the arms to our armed forces will now become a reality. This will represent a new chapter that we are opening — where the US government will be ready to sell arms to Nigeria and that will help to strengthen the efforts of our armed forces in the fight against terrorism, surveillance and intelligence.

“The commitment that they have made today is that terrorism is an issue that should not be left to Nigeria alone, and if it means that we may need to secure new weapons from other countries, then it is an option that needs to be urgently explored. However, we will also continue to play our own role in the area of human rights,” he said.

Saraki also emphasized that the US delegation expressed optimism about Nigeria’s future. “From all indications, they were very excited about Nigeria and what the future holds for the country. Now, we need to see how we can further strengthen the relations between our two countries,” he said.