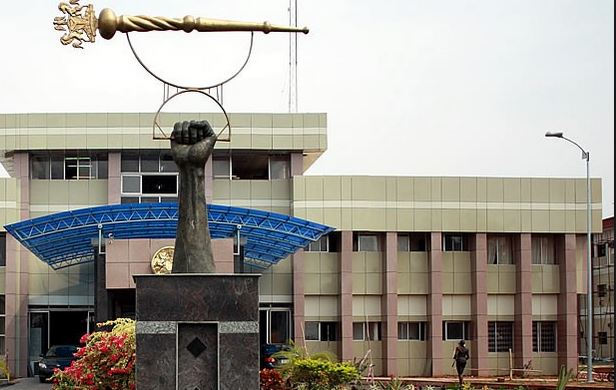 The Board of Delta State Independent Electoral Commission (DSIEC) has been dissolved by the State House of Assembly.

The dissolution of the board followed a motion by the Majority Leader of the Assembly, Mr Tim Owhefere during the plenary on Thursday in Asaba.

Moving the motion, Owhefere noted that the dissolution of the board was due to the exigency of the nation’s fast moving democracy and the need for the state to move in tandem with world best practices in the electoral process.

He said that the commission could now be dissolved in line with Section 7, Sub section 1 of DSIEC Law 2012.

The majority leader explained that the development was necessitated by noticeable defects and shortcomings in the electoral process as a result of the law establishing the commission.

He said that law was currently before the Assembly for amendment.

Owhefere said that the dissolution would enable the Assembly work on the proposed new law that would enhance the electoral process in the state.

The motion was seconded by Mr Samuel Mariere, representing Ughelli North I Constituency.

Supporting the motion, the lawmaker representing Warri South II constituency and of the Peoples Democratic Party (PDP), said that the constitutional requirement to dissolve the commission was two third majority, and stressed the need to follow due process to be followed.

Following his submission, the speaker, Chief Sheriff Oborevwori called for voting by members who immediately filed out in from of the clerk of the House to append their signatures for the dissolution of the board.

Announcing the result of the voting, the Clerk of the House, Mrs Lyna Ocholor said that 20 members voted for the dissolution of the board, while eight members were absent and nobody voted against.

The Speaker said in line with Section 7, Sub section 1 of the law setting up DSIEC, the board now stood dissolved having fulfilled two third requirement by the House for the dissolution.

He, therefore, called on Gov. Ifeanyi Okowa to immediately act on the House dissolution.