The Independent National Electoral Commission (INEC) has said that nine candidates will contest for the vacant Eti-Osa Constituency I seat in the Lagos State House of Assembly bye-election. 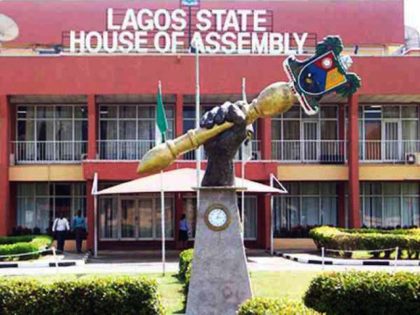 The News Agency of Nigeria (NAN) reports that the seat became vacant following the death of Mr Kazeem Alimi who represented the constituency in the Assembly.

Alimi died on July 18 at the Lagos State University Teaching Hospital during an illness, and was buried on July 19, two weeks after his 50th birthday celebration.

The lawmaker, who represented Eti-Osa Constituency I, was until his demise, the Chairman, House Committee on Local Government and Community Affairs.

The spokesman for INEC in Lagos State, Mr Femi Akinbiyi, told NAN on Friday that nine political parties would be jostling for the seat in the bye-election slated for Sept. 30.

“Nine candidates will be vying for the position, and their names have been published at our office in the area.

On preparations for the poll, Akinbiyi said: “As part of our preparations, the commission has concluded training of supervisory presiding officers who will in turn train other ad-hoc staff.

“The training of ad-hoc staff will hold from Sept. 21 to Sept. 23 to deliver the commission’s mandate,” he said.

According to him, the Inter-Agency Consultative Committee on Election Security has met and given assurance of security during the poll.

Akinbiyi said that the commission had received most of the non-sensitive materials for the election.

He said that INEC would ensure free, fair and credible poll.

According to him, the new Resident Electoral Commissioner, Mr Sam Olumekun, has urged eligible voters to come out en mass to vote for the candidate of their choice.

“We don’t want apathy; every eligible voter should participate. All issues pertaining to security has been taken care of, and we promise a level playing ground for all contestants.

“We want everyone to play according to the rules. I expect a non-violent bye-election, ” Akinbiyi quoted REC as saying.

NAN reports that the six registration areas in the affected constituency include Victoria Island II, Ilasan Housing Estate/Moriyegun 5 and Lekki/Ikate.