APC Leadership To Sagay: ‘You Are The Rogue Elephant’ 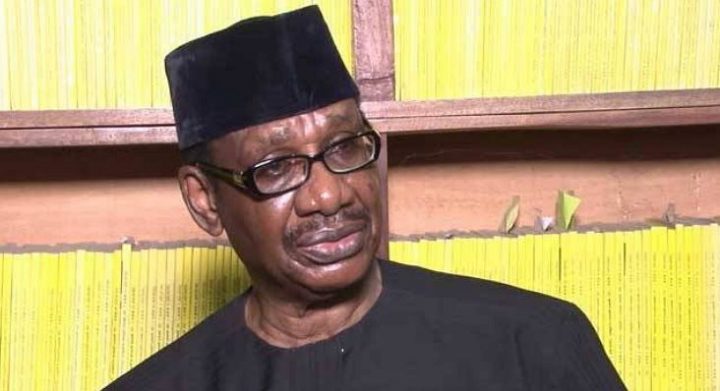 The Leadership of the ruling party, All Progress Congress (APC) has described the Chairman of the Presidential Advisory Committee on Anti-Corruption (PACAC) Professor Itse Sagay as the rogue elephant.

This was stated in a press release signed by the APC National Publicity Secretary, Bolaji Abdullahi on Monday.

“Our attention has been brought to an interview published on pages 46-47 of The Nation Newspaper of Sunday, September 24, 2017, granted by the Chairman of the Presidential Advisory Committee on Anti-corruption (PACAC), Professor Itse Sagay (SAN).

“In the said interview, Sagay described the leadership of the All Progressives Congress (APC) as “the most unprincipled group of people” who are “encouraging and accepting rogues” in the party. He said: “When I say ‘rogues’, I don’t mean stealing. In literature, when you say someone is a rogue elephant, it means people who are running riot and destroying the party.”

“The Webster dictionary defines ‘rogue elephant’ as “one whose behaviour resembles that of a rogue elephant in being aberrant or independent.” Clearly if we have today, anyone in our government or, by extension, the party who feels accountable only to his own ego; who does not feel the need to bridle his tongue for the sake of anything that is higher than himself; who feels independent of everyone and every institution; that person is Professor Sagay.” The statement said.

The Statement said: “Asked by the interviewer if he would stop speaking if the President asks him to stop speaking, he said: “Yes, he is my employer. If he tells me to stop talking, I’ll stop talking. But I have certain rights too, that I can exercise in addition to that because I’m not going to be in a position where I am impotent. So, I must obey him, but I can go beyond that and obey myself too. That’s it.”  Framed in another way, what Sagay is saying here is that, no matter what is at stake, he would rather resign than obey the President if the President tries to restrain him. This is the quintessential rogue elephant behaviour.

In his sheer arrogance, he forgets that it is impossible for him to call out the leadership of the party as “weak” and “unprincipled” without indicting the President, who is the leader of the party and has the fundamental responsibility to build the party.

If Sagay had any iota of respect for the man who dug him back from inevitable oblivion and puts him in a position in which he now feels superior to everyone, he would channel his opinions and advice to the President on how to make the party stronger and more principled. It appears however that Sagay does not have anything constructive to say about anything. He only knows how to tear down and assault everyone and everything.”

The Party reminded Sagay and all other appointees of the government that the only reason they occupy their current positions today is because the APC won the election.

“There is, therefore, a matter of honour to show decorum and respect for the party and its leadership. You cannot love the fruit and hate the tree that produced it,” it added.