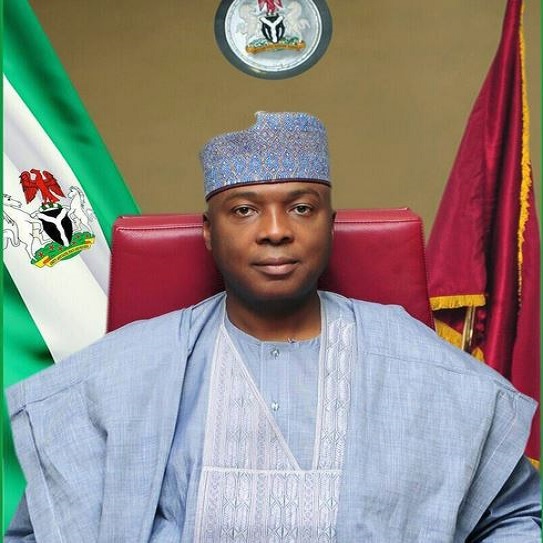 The Youth Initiative for Drug Research Information Support and Education,  otherwise known as Youth Rise and the All Progressives Congress (APC) Youth Connect have lauded the President of the Senate, Dr. Abubakar Bukola Saraki, over his new initiative aimed at addressing and solving the prevalence of drug abuse in many parts of Nigeria.

In separate press statements issued on Saturday, 30th September 2017, and signed by the President of Youth Rise, Adeolu Adebiyi, and the Secretary of APC Youth Connect, Farida Odinga Suleiman, respectively, the NGOs stated that they were delighted that the President of the Senate was leading the drive to address the menace of drug abuse in the country.

“There is no doubt that Nigeria is witnessing a huge increase in the misuse of drugs across all its regions and especially among its youth population,” Adebiyi  said, “It is, therefore, a delight that His Excellency, the Senate President, Dr. Saraki, is leading the drive to address this issue that is affecting our youthful population, emasculating families and evading our communities.”

The Youth Rise also stated that it was also excited about Saraki’s call for the review of all drug-related laws, stating that such a review would lead to a more effective framework to tackle the drug menace across Nigeria.

“It is in this light that we believe the call by the Senate President for a review of our drug laws is so timely and very welcomed,” Youth Rise said, “We look forward, that under His leadership, that an effective legal and policy framework will be developed to address and ameliorate the menace of illicit drugs, and the abuse of over the counter and prescription narcotic drugs in Nigeria.”

In a similar vein, the APC Youth Connect noted that the typical Nigerian youth’s vulnerability exposes him to various activities that may either benefit him or otherwise.

“One of such negative activities,” according to the group, “is the indiscriminate use of drugs which has dangerous effects on him and the society. The use of harmful drugs and their additives for every long-term user is a potential addict.

“The result of the observation is that the average harmful drugs consumer becomes addicted. Most times our youth don’t realize that drug abuse has a negative and damaging impact on them, like a decrease in intelligence, mental disorder, death and many other kinds of diseases,” APC Youth Connect stated.

“We must commend the President of the Senate, Dr. Abubakar Bukola Saraki, for this great move in raising awareness about the menace as drug abuse among our youth is not only harmful but on a geometric increase.

“The future of our dear country depends hugely on the younger generation. We thank God for giving the President of the Senate this great wisdom to bring succour to our youth and change their mindset towards drugs.

“He has vowed to provide all the necessary legislative framework that will address this raging menace in our society. In a country with huge potential, we can’t afford to allow drugs to destroy our youths, the very fabric of our dear nation.

“We, as Young Progressives hereby connect with you today Sir, to say our youths will not sacrifice the strength of their youthfulness on the altar of harmful substances. We enjoin all other youth stakeholders to promote this advocacy by lending their voice to the efforts by Dr. Bukola Saraki to say No To Drug Abuse.

“We thank you for inspiring us/fine tuning the minds of our young ones in order to create a brighter future for a nation we all call our own,” the APC Youth Connect added.

Recall that on Friday, September 29th, the President of the Senate, stated that urgent and responsible action needs to be taken to tackle the prevalence of drug use in Northern Nigeria.

In two separate posts on his personal Twitter handle on Friday, Saraki expressed concern and stated that the National Assembly would work to strengthen Nigeria’s laws to mitigate against the widespread misuse of illegal substances as well as engage with stakeholders to tackle the menace.