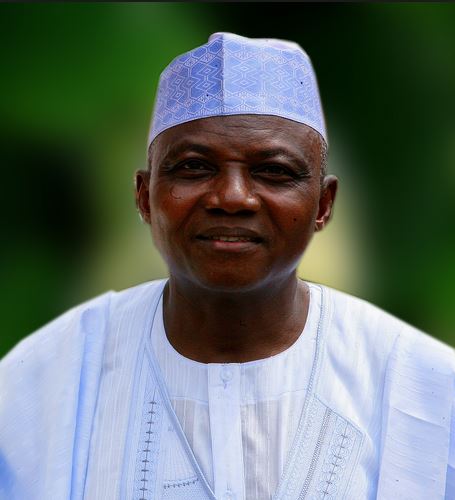 A spokesperson for President Muhammadu Buhari has appealed to the Ohaneze group of Igbo leaders to see themselves as partners with the federal government in promoting peace and stability in the country.

Reacting to some criticisms of the president’s Independence Day speech by the Ohaneze leadership, Garba Shehu, Senior Special Assistant to the President on Media and Publicity, said that it was unfair of the group to blame the recent unrest in the southeast region on the federal government.

Throwing light on the import of the Presidential broadcast on the National Day, October 1st, the spokesman said that President Muhammadu Buhari’s message to all community leaders and that includes the Ohanaeze is that they have a huge role to play in what happens in their communities and in how their youth behave.

“President Buhari was not abdicating his responsibilities. He didn’t request any political leader to do anything seminal or out of the box. All he said is, talk to your out-of-the-line-youth so that we have some peace.”

“Igbo leaders need not to be on the defensive for the misbehavior of the IPOB which they rightly condemned,” Shehu said.  “The President was simply saying that the regional leaders also have a role to play in keeping their hot-headed youth in check.”

This admonition, the SSA Media pointed out, applied equally to leaders of every other region of the country, not only the Ohaneze from the southeast.  According to him, elders from every region must step out and speak up whenever their youth go out of line, such as when the IPOB launched unspeakable diatribes against other groups of people in other parts of the country and then began to threaten violence.

“President Buhari was simply calling out the regional leaders to their responsibilities, making them aware of the crucial role they can play. This should not be seen as an attack on the Ohaneze or on any other regional leaders,” he said.

Responding to other criticisms of the President’s speech, particularly the declaration that all matters of restructuring or constitutional amendment are the business of the National Assembly , Malam Garba reiterated the President’s line that the Parliament  as a key institution in democratic governance is the proper venue for the ventilation of and resolution of all contentious issues.

“It beats our imagination that men claiming to be democrats or having democratic credentials are asking the government to ignore an elected parliament in preference to a committee made up of presidential appointees to debate and resolve constitutional issues. You are either for democracy or for its opposite. For us in this government, democracy is the country’s chosen system of government and we are determined to deepen and uphold it. Democracy may be slow and chaotic, but it remains the best system of government the world has got so far.

Democracy in Nigeria has come to stay and the administration will deepen it, not kill it.”

Shehu referred Nigerians questioning the success of administration so far to look at the mirror and see themselves. We inherited a country in tatters- its economy, its security and in its social relations. President Buhari deserves credit for rebuilding what has been destroyed.

If anyone thinks this a failure, let them talk to those millions of farmers we have empowered to create riches for themselves and the nation, for whom fertilizer is available everywhere at the regulated price of N5,500 instead of N13,800 a year ago; let them ask the manufacturers and importers of goods who bought the Dollar at N525:00 and are happy that it is down to N360:00 and still improving; let them go back and read the accomplishments highlighted in the speech, to see the advancements in security, agriculture, the ease of doing business and anti-corruption, to mention a few.

As for those critics who are used being settled by successive governments, with false claims to being so-called conscience of society popping out from the cupboard on and off to drive the country towards religious and ethnic polarization, they have no other motive but to rock the boat of good governance. What they yearn for is to be picked out to be paid to keep quiet. The Buhari government has abolished “settlement.”

Polarizing speeches that aggravate brother Nigerian against a brother Nigerian are causing damage to our democracy, rocking at the very foundation of our unity and they better not cross those red lines as warned by the President.