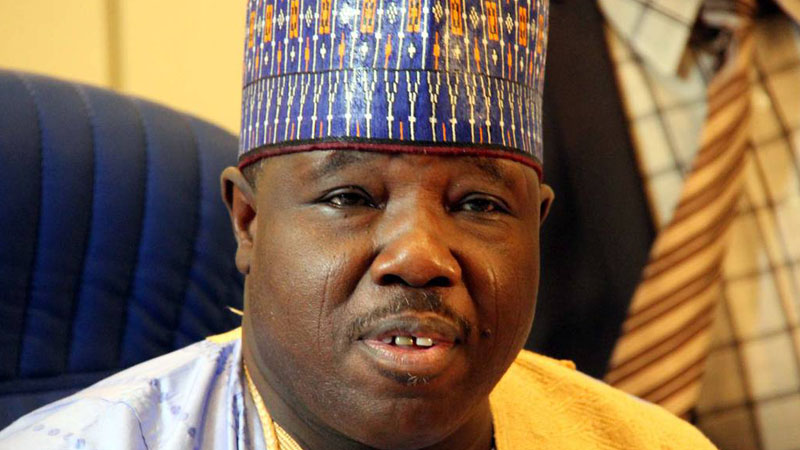 Isa Gusau, Maiduguri: Sacked National ‎Chairman of the PDP, Ali Modu Sheriff is responsible for misleading an online media house with fake information which declared him (Sheriff) as the new zonal leader of the All Progressives Congress ( APC) in clear attempt to impersonate an existing occupant of the office, the Borno State chapter of the APC has said.

The State publicity secretary of the APC, Makinta Zarami said in a statement issued on Wednesday in Maiduguri, that Sheriff was also behind reports previously published by a section of the Nigerian media claiming he was being lobbied by the APC to return to its fold after his sack by the Supreme Court from being National Chairman of the PDP.

The Borno APC said while it had earlier maintained a dignified silence, the party has decided to speak “now that there new twist concerning impersonation of an APC office”.

‎”As it must have been observed, some media promoters of Ali Modu Sheriff have been using the social media to share an online story claiming that the APC National Secretariat has appointed Sheriff as the new leader of the APC in the northeast.

We consider this a clear case of impersonation, because as everyone knows, the APC has an existing National Vice Chairman for the northeast otherwise called zonal vice chairman who replaced Babachir David Lawal after the office became vacant following Lawal’s appointment as SGF in 2015.

It is disgraceful to note that whereas Sheriff has always boasted of being in the same category with Asiwaju Bola Ahmed Tinubu, Chief Ogbonnaya Onu, Atiku Abubakar and their likes who are National leaders of the APC, he has resorted to impersonating the office of the northeast zonal vice chairman, all in his desperation to seek political relevance after successfully creating crisis in the PDP.

The same Sheriff has been responsible for all media reports saying he was being lobbied by APC leaders.

He is just doing everything to seek relevance. However, it should be placed on record that the Borno APC is not afraid of Sheriff’s coming because he is currently standing alone.

As can be attested to, most of Sheriff’s most notable political associates like Alhaji Mala Othman who had been with him for over 30 years, his personal assistant, his spokesman and other long standing friends have all left him and joined the APC before and immediately after the 2015 elections.

Sheriff is a like a heardsman without cattle as such his coming will be of no effect. There is virtually no one in Borno politics who has not had a terrible experience with Sheriff in the past, hence he is not knew to anyone in Borno.

The APC he left is different today, if he is to return, he will not be able to hijack the APC structure even in his own ward not to talk of Borno State or the northeast.

The APC is not afraid of him, rather the party’s concern is about the impersonation and false information that is capable of confusing some party supporters in addition to bringing the party’s reputation under public ridicule” the statement said.