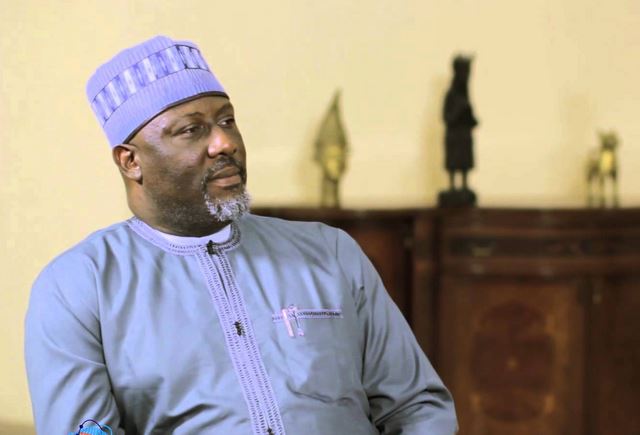 The Independent National Electoral Commission (INEC) said it would await Court of Appeal’s decision on latest suit over Sen. Dino Melaye’s recall before taking further steps on it.

The commission disclosed this in a statement on Tuesday night in Abuja by Mr. Solomon Soyebi, a National Commissioner, and its Chairman, Information and Voter Education Committee.

INEC had in its amended timetable and schedule of activities on the recall of Melaye, who represents Kogi West Senatorial District at the Senate, planned to issue the notice for signatures verification on Tuesday.

The amendment of the timetable was made pursuant to the order of the Federal High Court, Abuja.

In its judgment in a suit filed by Melaye to stop the recall process, the court dismissed the action and ordered INEC to serve him personally with his constituents’ petition for his recall and all accompanying documents.

The court directed that the documents must be served on Melaye at least two weeks to the commencement of the exercise to enable him to prepare adequately for the verification.

Meanwhile, the commission stated that all attempts to serve the senator had been futile as he had made himself unavailable.

It stated that the Bailiff of the High Court accompanied by INEC officials had visited the office of the Senator at the National Assembly and his residence on six occasions but to no avail.

The senator’s office was found locked, and the officials were also not able to gain access to him at his residence.

It added that on the resumption of the Senate after its recess, the senator refused to accept service of the documents.

“The Commission approached the court for substituted service but was directed to make another attempt to serve the senator.

“When this failed again, the commission returned to the court to pursue the request for substituted service but the court declined jurisdiction as the appeal by the senator had been entered at the Court of Appeal.”

The commission added that as a result of Melaye’s refusal to accept service of the petition, it had not been able to proceed with the process as earlier scheduled.

According to it, service of the documents on Melaye has become a condition precedent to continuing the exercise.

“INEC has therefore decided that in line with its usual practice and in deference to the rule of law, it will await the outcome of the decision of the Appeal filed by the Senator,” it said.

The commission reiterated determination to faithfully discharge all its constitutional and statutory duties and responsibilities.

It added that in doing so, it was not only guided by the Constitutional and statutory provisions, but also by the interpretations given by the courts.

“INEC does not have any interest whatsoever in the outcome of the Kogi West petition for recall.

“Its interest is limited to ensuring that all electoral activities are undertaken in line with due process and without fear or favour.

“The commission owes this duty to all Nigerians and is prepared to proceed in earnest once all legal issues are resolved.”