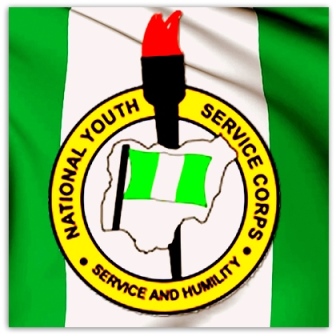 The National Youth  Service  Corps (NYSC) says  no fewer than 8, 000 corps members presently serving in Anambra will  be available for the conduct of the forthcoming governorship election.

Mr Ebenezer Olawale, the NYSC Coordinator  in the state,  said this in Awka on Sunday.

Olawale said the data of corps members in the state had been transmitted to the Independent National Electoral Commission (INEC) for planning ahead of the Nov. 18  election.

He said more corps  members would be moblilised from neighbouring states in case of shortfall.

“It is no longer news that the NYSC is partnering with INEC in the conduct of credible,  fair and good elections, Anambra’s  case is not different.

“My office and that of the Resident Electoral Commission have been working assiduously to ensure that corps members participate fully in the exercise.

“As we all know, corps members are supposed to be non-partisan, they are not from this state,  so we expect them to be fair and they are evenly distributed across the state.

“We have no fewer than 10,000 corps members in this state but assuming that not all of them will be interested in taking part in the election, we have 8,000 available for this purpose.

“I have supplied INEC with the data of the available corps members in the state and  where they are not enough,  we shall mobilse from neighbouring states,” he said.

Olawale also said the NYSC was working with security agencies to ensure the security of  all  corps members.

He said the corps would soon embark on a tour of the state to sensitise corps members on their expected role in the election as well as  allay their fears over their safety.

“Very soon,  we shall commence sensitisation visits to my members to ensure that they all participate and allay their fears too because when they do their work well there is nothing to be afraid of.

“With regards to the security of my members, we have a strong inter-agency collaboration with the police and other security agencies.

“They have assured us that there would be full mobilisation of security personnel to ensure that NYSC members taking part in the election are safe.

“Moreover, Anambra is not known for election violence, they prefer to sort out their issues in the law courts rather than resorting to violence.

“I want to use this medium to call on my corps members to conduct themselves in accordance with  the manner and rules set by INEC; they should be fair  and just to all political parties,” he said.(NAN)