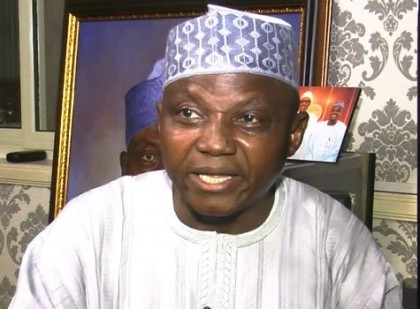 “THAT OCTOBER 1 HATE SPEECH,” a column by Steve Nwosu the respected journalist and director of the Sun, was neither fair nor balanced. If anyone is looking for a hate speech, they should please look elsewhere. The least one can say of the column is that it was a premeditated attack on a President who did no other than come before the nation with an olive branch.

Let me also state that this rejoinder respects, in a strong sense Steve’s entitlement to hold his views, but he is not entitled to the erroneous facts on which they are based.

Three of these warrant a rebuttal.

The first of these facts that came to my attention was the claim that President Muhammadu Buhari came before the nation, in this and the speech before it an angry man talking about red lines, the boundaries of which nobody knows.

Steve asked: Who drew the red line and when was it drawn?

Two, the writer tried in many subtle ways to say that the President lied; that the account he rendered of his meeting in Daura with the late Chief Odumegwu Ojukwu in which the question of Nigeria’s continued existence as single entity was settled is, as he put it, a “tales by moonlight” because nobody was there to corroborate it.

Three, Steve in his view believed that the President was disdainful of his kinsmen, the Igbo by not addressing the issues “hurting the Indigenous Peoples of Biafra, IPOB and the Igbo” but instead, dwelling on the problems of the Niger Delta as if these were the only ones with a problem in the country.

In a seemingly smart but clearly identifiable innuendo, he accused the Buhari administration of hypocrisy for declaring the IPOB a terrorist organization but not doing so with respect to the Fulani cattle herders.

Shockingly and unbelievably, Steve gave a free pass to IPOB, describing it as a “non-violent organization”that did not deserve to be labeled a terrorist organization; that it amounted to injustice, hypocrisy and double standard to brand IPOB as terrorist “and Fulani murderers are let go.”

As I said in the opening lines, the October 1 speech by the President was no hate speech as claimed by the headline of the article but a conciliatory one in which the leader of the country was making an appeal to community leaders in all parts to “rein-in their hot-headed youth.”

To quote that speech, what the President said is that “Many irresponsible groups are calling for a rerun of the civil war. Those doing this were not born by 1967 and have no idea of the horrendous consequences of the civil conflict which we went through.

“I’am very disappointed that responsible leaders of these communities do not warn their hot-headed youth what the country went through. Those who were there should tell those who were not there the consequences of such folly.”

The problem with Steve in this particular column is that he didn’t believe there are hot-headed youth anywhere, more especially in the “non-violent” IPOB.

Even if he did, he didn’t pick his pen to lash at the extremist ideology propagated by Kanu’s IPOB. Such hate-filled quotes are still being shared on WhatsApp and I here present a few to illustrate the point one is making:

“I will go to Abuja, and when ‘am coming home I will bring Buhari’s head”-Nnamdi Kanu.

” If they don’t give us Biafra, there will be nothing left breathing in that zoo called Nigeria”-Nnamdi Kanu.

“Its either Biafra or death”-Nnamdi Kanu.
“If they don’t give us a date for referendum, there will be no election in Anambra or any part of Biafra land”-Nnamdi Kanu.

” It is clear that the only language the zoo called Nigeria understands is war and death and we are ready for war”-Nnamdi Kanu.

“From today forward, I put the protection of Biafra land in the hands of the Biafra Security Services”-Nnamdi Kanu.

” If the zoo Army enters Biafra land, they will die”-Nnamdi Kanu.

“I call on all Igbo’s who have the know how to manufacture bombs, arms and ammunitions to come forward, we need to take this war to the zoo ( via Biafra radio). -Nnamdi Kanu.

( And I’am pleased reading Kanu’s excoriation for those hateful views by no less a person than Chief Nnia Nwodo, the brilliant President of the Ohanaeze.)

These were statements the IPOB leader made publicly, statements about which many critics of government have however ignored and are shockingly complaining that he is being badly treated.

When he reads the quotes above, then he takes a bit of time to view Kanu’s videos on YouTube inspecting the parade by both the paramilitary group and the Biafran Secret Service, BSS formed by him, the Steve that I know, brilliant, logical and deep will change his mind about his defense of that rash and unjust modus operandi.

I also don’t want think that Steve is adamant of the juridical implications of what he was saying about IPOB being badly treated.

If a court of our land finds that a group fits the description of terrorist organizations and gives orders to that effect, what is best to do by law-abiding citizens is to go higher, appeal the decision not to close your ears and eyes to go on blasting aloud that you disagree. To do that is not only to undermine the judicial process in our country but also to weaken our democracy.

To end the column, Steve my friend barked at the leader of the country, saying “Mr. President, you must talk to the Igbos.”

To speak for the President, I don’t seem to see or know at what point he said he won’t talk to the Igbo or any other organized groups in the country for that matter.

When the new leadership of the Ohanaeze Ndi-Igbo took the mantle of leadership, his message to them was, “come, be my partners.” That still hasn’t changed.

Taking it from there, I recall that the then Acting President, Professor Yemi Osinbajo, SAN called to a round table, community leaders for the East, South-South and the North, for meetings he held separately with each of the groups. He wanted to lower the tension in the land at a time when the barometer was rising higher.

The plan as he put it with his team was that an apex meeting with the combative nationalities in attendance was going to climax the consultative meetings.

It will be improper to go into details of what followed the very successful preliminary meetings. Sadly however, as is now known, that final meeting was never convened.

Unimpeachable sources told me that some hardliners interloped and what followed was a complete abrogation of the promise and commitment some of the groups gave to the Acting President back in Abuja.

I have narrated these facts not to tarnish or degrade from the standing of any person or community but to show the willingness, determination and good faith on the part of the administration to engage with aggrieved communities in a dialogue to solve national problems.

Perhaps Steve, my all-time friend, a well-known investigative journalist who poured scorn on President Buhari, accusing his administration of hypocrisy should send his correspondents to the field to help us uncover where the hypocrisy actually lies.

When he does that, we will doff the hats in three hearty cheers, “Hip, Hip, Hip!” for he does not belong to these characters in the famous film, Catch-22 of whom a Chaplain in the movie said: “ to turn vice into virtue, thievery into honor, brutality into patriotism and sadism into justice requires no brains; all it requires is a change of character.”

Steve, go read that speech again. The President is sincere and he means well!