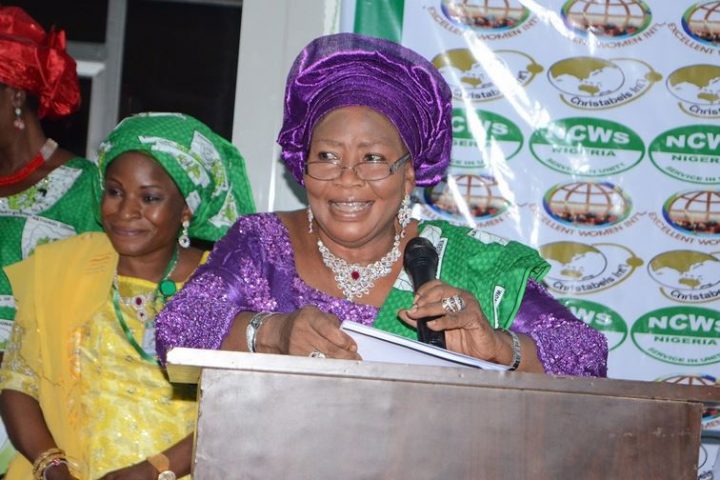 The National Council of Women Societies (NCWS), Nigeria, on Friday advocated for positions of Vice President, Deputy Governors and Vice Chairmen of Local Government to women in future elections.

This was part of the ten points resolutions reached at the end of a 2-day Nigeria Women Political Stakeholders Summit in Abuja.

The summit with the theme: “Increasing the Participation of Women in Governance process in Nigeria,” was organised by NCWS.

According to the communiqué signed by David Okoror, if a woman emerged as a President, Governor, and Chairman of Local Government a man should be the vice.

“The Nigerian women will henceforth vote en bloc for political parties that agree to the above demand, and that prioritise women issues and give women 35 percent affirmative action.

“The 35 percent affirmative action should come in both political party structure, the nomination for elections and appointive offices.

“Government at all levels, donor agencies, civil society organisations and faith-based organisation interested in equality and the development of Nigeria should support the capacity building and financial empowerment of women interested in politics and governance,’’ it said.

The communique also said Nigeria women must close ranks, unite, build synergy and work together to present a common front in future political engagements if they must make political progress.

It called on the National Assembly to stop giving the impression that they are against the progress of Nigerian women and should, therefore, pass all relevant legislation relating to the female gender before them.

It also urged Nigerian women to register in large as members of existing political parties and be active.

“The NCWS being the umbrella organisation for women associations in Nigeria, for the purpose of fairness and equity should be well represented in INEC board.

“That INEC should review extant rules and regulations to become friendlier towards encouraging female participation in the political process,’’ it said.

The council also called on the Nigeria women to believe in themselves and actively engage other stakeholders to contest for elective offices.