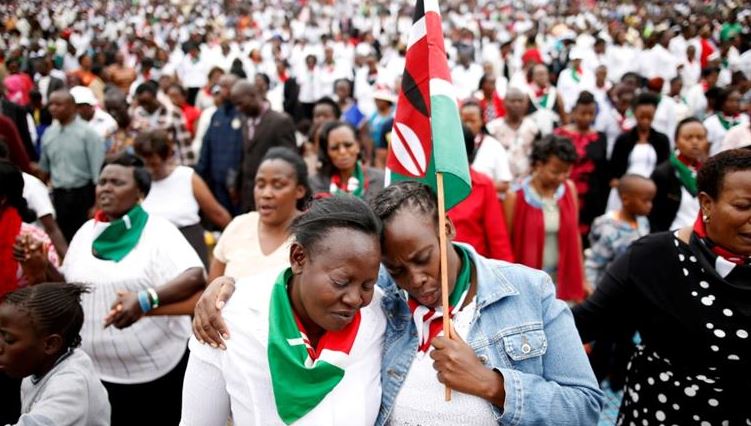 Mr Michael Osogbo, former Humanitarian Assistant Officer of the UN, has said that the behaviour of Kenyan opposition leader, Raila Odinga, is unacceptable, especially for a presidential candidate.

Osogbo made this known in an interview with the News Agency of Nigeria on Saturday in Abuja.

Osogbo said that it was barbaric for Odinga to have once again rejected the re-election of the Kenyan president, Uhuru Kenyatta despite the lives lost leading to the second electoral process.

“It is disappointing to once again have Odinga reject this election, which President Kenyatta won with a 98 per cent of the votes.

“Although there was only a 38 per cent population turnout for the election, Odinga should not forget that he asked Kenyans to boycott the elections.

“A leader, who truly cares for his country, will not allow and promote violence over an electoral loss but accept his loss and support the people of Kenya.

“There were innocent children, who have no business in elections, killed by violent supporters of Raila Odinga, which was extremely disheartening and barbaric.’’

Osogbo said that the actions of Odinga caused the low turnout of voters.

“Asides the fact that Odinga asked for the elections to be boycotted, his indirect support for the violence prevented most electorate from voting.

“Many Kenyans I know did not vote the second time because it was clear that their opinions did not matter and that the violence followed by the elections discouraged them from coming out again.

“With many people still having the post election violence of 2011 in their minds, it is understandable to see that most of them were scared of coming out to vote in order to protect their lives.

“Odinga saw what his statements were doing to Kenyans and he didn’t see the need to move on by accepting his loss.

“These actions have caused the great African country its economic stability and security.