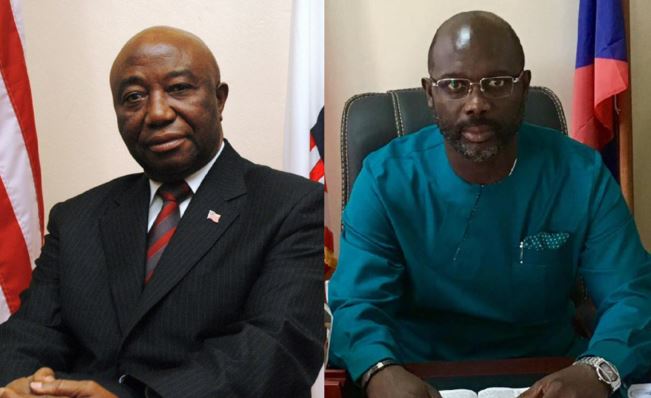 The Liberian Supreme Court on Monday issued a stay order on the presidential run-off election earlier slated for Tuesday, until the electoral commission investigates claims of fraud in the Oct. 10 first round poll.

The order is based on a petition filed by third-place finisher in the Oct. 10 general elections, Mr. Charles Brumskine, of the Liberty Party (LP) who is seeking a re-run of the exercise on the allegation of fraud and irregularities.

In the ruling, the apex court said the run-off remain ed suspended until the National Elections Commission investigates Brumskine’s claims.

Reports say that Brumskine alleged that the elections were faced with “serious gross irregularities and fraud that undercut the integrity of the process as well as denying voters their constitutional rights to vote.”

He added: “The preliminary results released by authorities of the National Elections Commissions (NEC) are not valid because we at the LP have evidence to prove our case.”

Brumskine said that their evidence range from the stuffing of ballot boxes with marked ballot papers for another party than the LP in Nimba County by an NEC presiding officer; the late opening of polls at some centers; and the omission of names and photographs from the voters’ roll.

“So many Liberians were deprived of their constitutional right to vote. We will, therefore, be requesting a re-run of the elections.

The election is meant to usher in Liberia’s first democratic transition since 1944 after long periods of military rule and a civil war that ended in 2003.