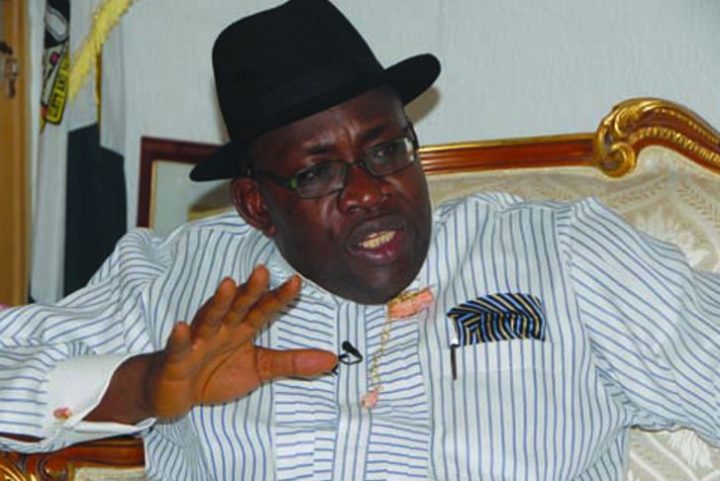 Gov. Seriake Dickson of Bayelsa has warned against the imposition of candidates as the Peoples Democratic Party (PDP) prepares for its national convention, to elect national officers on Dec. 9.

Dickson in a statement issued by his Chief Press Secretary, Francis Agbo, on Thursday in Abuja, said the next convention was critical to the survival of the PDP.

Dickson, a former Chairman of the PDP Reconciliation Committee, called on PDP leaders and delegates to make sacrifices for the unity of the party.

He advised that in cases where party stakeholders/delegates were unable to reach a consensus on any position, the party should allow all aspirants to test their popularity on the convention ground.

Dickson stressed that creating a level-playing field for all aspirants in a transparent convention would make the PDP a stronger and more cohesive party.

He advised that the Convention should not be conducted in a manner that would plunge the party into fresh crisis.

He also advised leaders of the party to avoid the temptation of taking over the place of the convention and the rights of the delegates to choose leaders for the party.

“The next convention is critical to the survival of the party,

“My position is that the party should organise an all-inclusive, transparent, acceptable, and credible convention that would rebrand the PDP and show our platform as a truly Democratic Party.

“Therefore, I am against all forms of manipulations, intimidations, blackmail and imposition of candidates. For me, there should be no imposition at all.

“I will not be a party to the adoption of anybody for any office unless it is by consensus of the zone in which the position has been zoned to.

“If there is more than one contestant for a position, they should be given the opportunity to test their popularity at the convention.

“A leader, no matter how highly placed should not take the place of the Convention and the powers of the delegates to the convention,’’ he said.

He said the PDP must understand that Nigerians see the forthcoming National Convention as an opportunity that will usher in a rebranded and united PDP, which Nigerians would be happy to embrace in 2019.

Dickson said the December Convention is a precursor to the Presidential primary and maintained that if the party gets its national convention right, it is likely to hold a successful Presidential Primary in 2018.

NEWER POST11,000 Pupils Benefit From FG’s Cash Transfer in Niger
OLDER POSTSenate to Weigh into Death of Nigerian Girls on The Mediterranean