Former Chairman of Daar Communications, Chief Raymond Dokpesi, on Monday said if voted as the national chairman, Peoples Democratic Party (PDP), he will ensure the party works for greater unity of the country.
Dokpesi stated this in Minna while soliciting for votes from delegates of Niger to the Dec. 9 National Convention of the party. 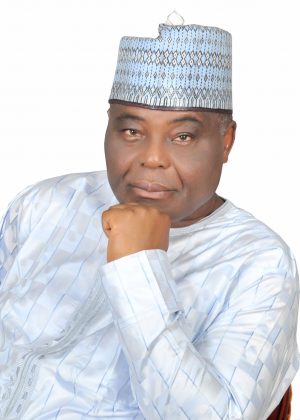 According to him, if elected as national chairman of PDP, our administration will work towards uniting the people of the country irrespective of tribe and religion.
“I have come here again for the second time to plead with you to vote for me as the national chairman of our party, the PDP.
“We will end the current divisive challenges being witnessed in our country today in order to ensure development,’’ he said.
The aspirant decried the 2016 national convention of the party in Port Harcourt where it could not produce a national chairman.
“We will prevail against the impunity that made us lose credibility among our supporters.
“We will revive and rebrand the PDP and bring back our aggrieved members who left the party due to perceived injustice,’’ he assured.
He said that under him as chairman, the party would devolve more power to the youths to enable them contribute to the development of the country.
Responding, Chairman of PDP in the state, Mr Tanko Beji, said that the convention must be used to unite members.
“We have to build the PDP ourselves because the party belongs to all of us. Those who have worked for the sustainability of the party must be rewarded handsomely.
“Those that left the PDP and made a u-turn should go and queue behind those who stood firm during our trying period,’’ he said.
Beji urged Dokpesi to collaborate with the state chapter of the party to entrench internal democracy at the state and national levels if he emerges as national chairman. (NAN)