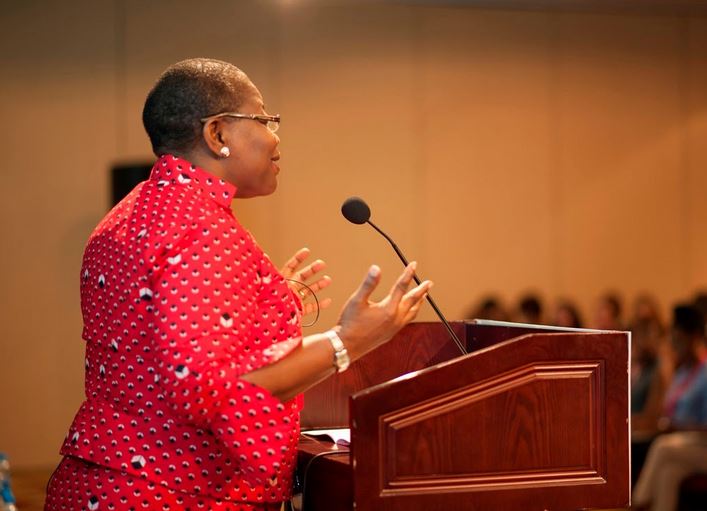 A former Minister of Education, Dr Oby Ezekwesili, on Tuesday, said more women should occupy government positions where decisions on the collective good of the society are taken, to minimize corruption.

She gave the advice at a lecture organised by HID Awolowo Foundation in Victoria Island, Lagos.

The lecture had as its theme: “Ethical Politics, Development and Security in Nigeria: The Critical importance of Women’s Leadership’’.

According to her, research has shown that when women are represented in leadership, there is better performance in measurable numbers.

“With Nigeria in the lead, this tells that women have been marginalised and this is evident in the poor governance that the continent has produced.

“So, men must take full responsibility for the state of affairs of Nigeria and the continent.

“What this is saying to us is that we need to improve on the participation of women in our political system.

“We need to have many more women in the local government, state government and centre of authority as well as in the judiciary,” Ezekwesili said.

She said that a wise society will know that empowering its women is a smart economy.

Ezekwesili stressed that no one is doing a favour to the Nigerian or African woman by involving her in the process of governance on the basis of evidence that data has shown.

She described barriers militating against women coming into the political space as being cultural, religious, economic, social as well as self-imposed.

The ex-minister urged women to rise up and disrupt the existing paradigm that says that women must be held down.

According to her, women are incredible human resources that must not be put on hold.

Lady Maiden Ibru, one of the discussants and chairperson of the occasion, urged women to stand up and get out of their comfort zone, for them to be heard.

”Women have always fought for equality; time has come for women to come to the forefront and say enough is enough.

“What makes a woman is character, accountability, honesty and these we must bring to governance.

A former governor of Ondo State, Dr Olusegun Mimiko, said the best way to empower a community is to empower the woman.

“But the other way round, if a man is empowered, his pocket suddenly increases.

“The empowerment of a woman is very important for the nation to move forward.

“I have no doubt about that, although it is not always automatic that a woman is necessarily not more corrupt than a man.

“There is no universal application that a woman is necessarily less corrupt than a man because there are some cultural contexts to it.’’