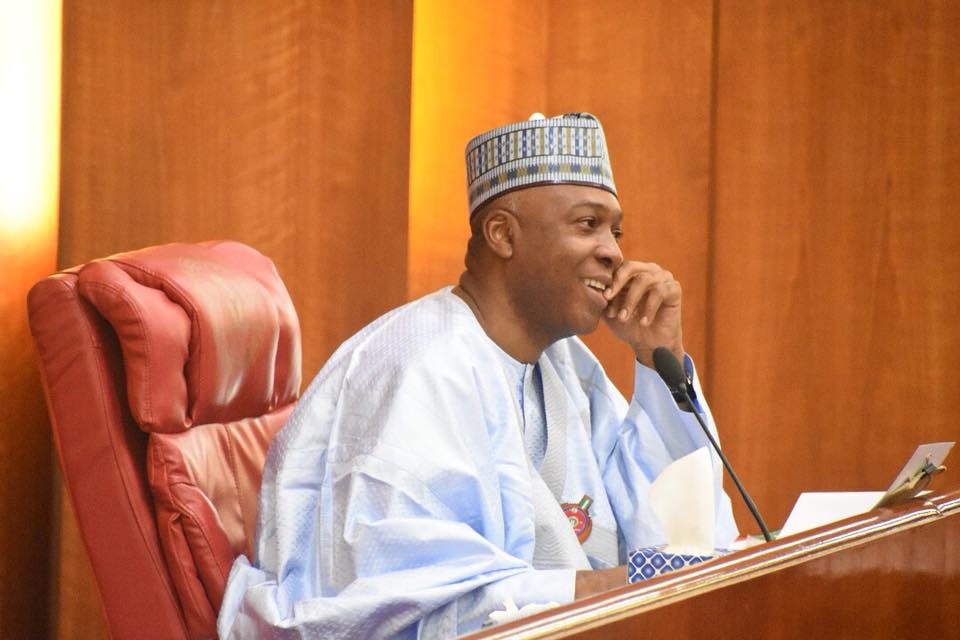 Welcome to a new Legislative Day in the Senate of the Federal Republic of Nigeria. Deputy Senate President, Ike Ekweremadu took the official Prayer and led the Chambers into today’s proceedings at 11.12am.

PETITION
Senator Chukwuka Utazi raised a petition from Udi local Government, Enugu State against AMA breweries for continuous pollution and parking of vehicles on the road within 9th mile( Ngwo).

Deputy Senate President, Ike Ekweremadu referred the petition to the Committee on Ethics, Privileges and Public Petitions to report back in 2 weeks. 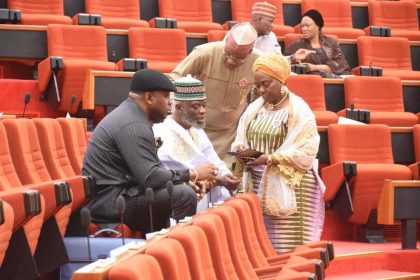 Report of the Joint Committee on Finance, Appropriations and National Planning and Economic Affairs on the 2018-2020 Medium-Term Expenditure Framework and Fiscal Strategy Paper (FSP) in accordance with the Fiscal Responsibility Act 2007 by Senator John Enoh, Senator Goje Danjuma and Senator Musa Kwankwaso.

The Report was postponed to Tuesday, 5th December, 2017 because Senate awaits the outcome of Organization of the Petroleum Exporting Countries (OPEC) meeting in Vienna, Austria to decide on benchmark price for crude oil in the international market. 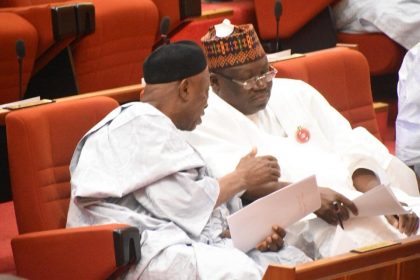 ‘We should have a copy of the budget performance of 2017 so we’ll know how to implement the 2018 budget. There should be a relationship between the fiscal and monetary policy of the Government. We have 601 agencies in the Federal Government, a lot are not functioning and money is being allocated to them, we need to cut them short.’- Senator Solomon Adeola.

‘I am not in support of borrowing, we need to ensure the use of our funds goes to infrastructural projects and the good people of our Nation.’- Senator Musa Kwankwaso.

‘Why can’t we reduce cost of governance, why can’t we merge most agencies that are not delivering? I commend Academic Staff Union of Universities (ASUU) who called off their strike today. Let the issue of tertiary institutions be resolved so as to reduce the continuous strike in the Nation.’- Senator Aliyu Wakili.

‘Most assumptions on the budget is wrong, we need to properly look into this.’- Senator Emmanuel Paulker.

‘It is a visionary and a very good budget. Some of the revenue generating agencies are not performing, if they are not good enough we should scrap them.’- Senator Nelson Effiong.

‘Our focus has always been on the concerns of the issue of assumptions, when we take the Medium- Term Expenditure Framework (MTEF) on Tuesday, we will discuss it and debate it so we can now look into the budget.’- Senate President, Bukola Saraki.

‘I thank all Distinguished Senators who have contributed towards the successful debate of the 2018 budget.’- Senate President, Bukola Saraki. 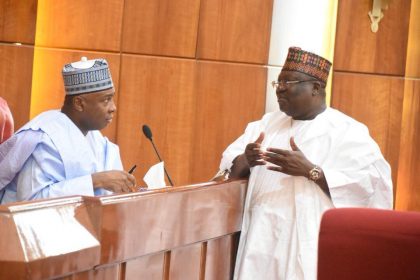 Senate Leader moved that all other items on the order paper be stood down to another Legislative day. Minority Leader Seconded.