Saturday’s councils’ election in Akwa Ibom was characterized by late arrival of electoral materials and officials, including security personnel.

The News Agency of Nigeria (NAN) reports that the exercise is also threatened by voter apathy as turnover of the electorate remained unimpressive as at 10 a.m. 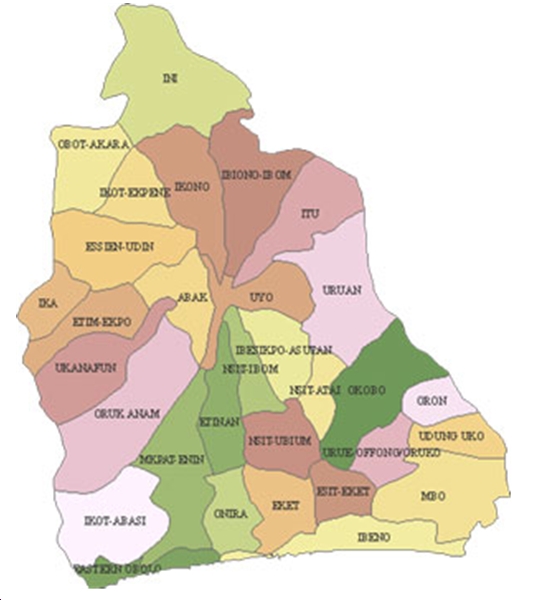 Akwa Ibom State Independent Electoral Commission (AKISIEC) had scheduled polling to commence at 8 a.m. in the 31 local government areas in the state to elect the councils’ chairmen and 329 councilors.

NAN correspondents monitoring the elections in Uyo, Eket, Abak, Onna, Oron, Mkpat Enin and Ikot Abasi local government areas reported that as at 9.40 am, all the polling units visited were empty.

The State Governor, Mr Udom Emmanuel, left Uyo, the state capital, at about 9.30 am to vote in his Awa unit in Onna Local Government Area in Akwa Ibom South Senatorial District.

At the area office AKISIEC in Eket, electoral materials were still being sorted out for distribution as at 9.30 a.m.

The crowd at the office was large and disorderly, warranting the police to use teargas to disperse the people.

As at 9 a.m., only six women and two men were seen at Akamba Nsukara Primary School polling units in Uyo, waiting for the exercise to commence.

Young men were busy playing football on the school’s pitch.

The primary school, which has two polling units, had no indication of the election; no security agent or electoral official was seen.

The situation was same at Boys’ School polling unit in Anua, Uyo, where only a handful of women were seen waiting, without any official around.

The Coordinator for Peoples Democratic Party (PDP) at the unit, Mrs Mfon Effiong, told NAN that they reported at 8 a.m. but that the election process had yet to commence.

“By this time, we should have started the process of accreditation. I am still hopeful that they will come,” Effiong said.

Similarly, St. Luke’s Hospital polling unit, Uyo, had no officials or security agents as at 9 a.m. but five women were seen waiting.

At Oniong Primary School, which usually serves as distribution and collation centre, a female police officer, 12 men and six women were spotted at 9.22 a.m. but no electoral official was around.

At 9.40 a.m. at Asutan Street polling unit along Wellington Bassey Way, leading to Government House, Uyo, no official or voter was seen.

The PDP agent at the unit, Mr Solomon Ekpe, said that he had called AKISIEC office and was expecting the officials and the materials.

At 11 a.m, the exercise did not commence in any polling unit visited and voter turnout was generally low compared to previous council polls in the state.

Chairman of AKISIEC, Mr Aniedi Ikoiwak, could not be reached for reasons for the observed lapses in the exercise as calls to his mobile telephone were not taken and messages were not responded to. (NAN)