Former Governor of Delta, Chief James Ibori, on Friday described Chief Raymond Dokpesi as a passionate loyalist of Peoples Democratic Party (PDP), saying he had toiled for the party. 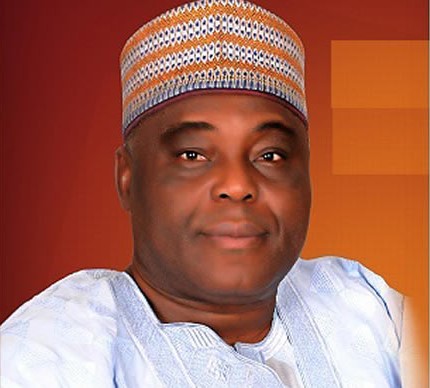 Ibori said in Oghara when he received Dokpesi, a national chairmanship aspirant of the party, that the aspirant was enjoying huge confidence of party members because of his record and commitment.

He pledged to give necessary support to the aspiration and prayed that God would guide him.

Earlier, Dokpesi had told the former governor that his visit was to solicit support for his aspiration, saying that Ibori was a stakeholder in the PDP.

In Benin, Edo, Dokpesi visited Chief Gabriel Igbinedion, who said that the aspirant was a dogged democrat and fighter for enthronement of internal democracy and equity in the party.

Similarly, a chieftain of PDP in the state, Mr Ben Edo-Osagie, described Dokpesi as a “brave man with credibility”, adding that in spite of all intimidations, he remained in the party and “gave it his all”.

“Credibility and total alliance is what is needed at this stage to rebuild the PDP. This party requires re-branding, re-packaging and re-focusing to win the 2019 general elections.

“I believe that Dokpesi is the foremost dynamic person to lead the PDP to victory in 2019,” Edo-Osagie said.

Also receiving the aspirant, PDP candidate in the 2017 governorship election in Edo, Mr Osagie Ize-Iyamu, said Dokpesi was a party leader that the state was always proud of.

He said that the man had paid his dues in any area required to be PDP’s national chairman.

Ize-Iyamu assured that as a son of Edo, the party members in the state would pull resources to support Dokpesi, adding that it was wrong for anybody to insinuate that he was or would be rejected in his home.

He commended the aspirant for his matured and peaceful campaigns, adding that he had brought flamboyance to the race to the chairmanship race.

He appealed to all the aspirants not to be hostile in their campaigns,”

Dokpesi called for dedication of leaders and members to ensure stability in the party, saying that cohesion was needed for the party to regain power at the national level.

He said that had been to the northern part of the country and the South-West for campaign, and said that the enthusiasm of members for strengthening of the party was impressive.

Dokpesi urged the leaders to support his ambition, pledging that PDP’s credibility and acceptability by most Nigerians would be restored if he was elected. (NAN)