Northern Governors, Senators, to Meet in Katsina Over Restructuring 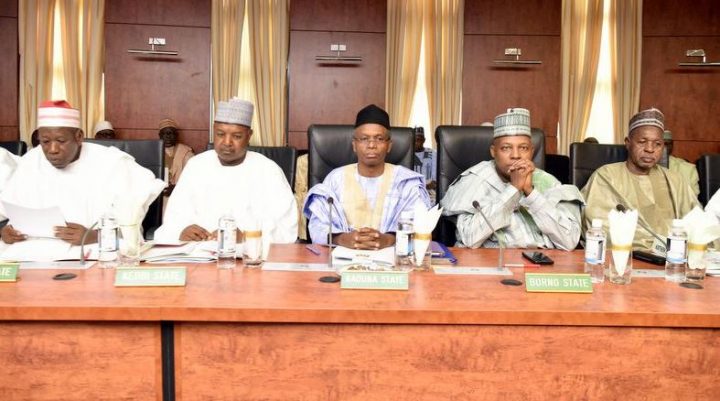 The Northern Senators’ Forum and the 19 Northern governors would on Monday converge on Katsina for a three-day retreat to deliberate on the agitations for the restructuring of the country.

Chairman of the forum, Sen. Abdullahi Adamu in Abuja, said that the retreat would also focus on how to improve the security situation in the country.

It would be recalled that for the same reason of agitations for restructuring and other challenges facing the country, Southern Senators met recently in Calabar.

Adamu said that the Forum had written letters of invitation to the 19 governors, leading traditional rulers, top politicians and ex-senators from the region to make presentations at the retreat.

He said that the gathering would enable the senators, as the peoples’ representatives, to take a common position on restructuring.

“Essentially, we will be discussing the impact of the budget in the north, the issue of restructuring which is now the main issue in politics.

“The issue of restructuring that the Senate can develop a position on. It is part of preparing ourselves to face that challenge.

“The issue of security will also be discussed,” Adamu said.
He pointed out that as representatives of the people, it would be expected that with the retreat, they would be better educated, better placed to consider issues related to the subject-matter.

“We will be better prepared to face the matter and legislate and make laws over them for the good governance of Nigeria.

“We believe we are there to educate ourselves to be better informed, to exchange ideas on the subject matter because we make laws, we don’t make laws out of ignorance.

“We have to be better informed on anything we are talking about,” Adamu said.

Nigeria’s politics, “but for some sort of our presence will make’’.

“There hasn’t been this retreat over time. We are trying to bring back the culture.

“It makes us have touch with our bases; people who elected us and feel our pulse, we will relate with them in a better way,” he said.