Fresh crisis has emerged in the Peoples Democratic Party (PDP) as aggrieved party members under the aegis of Concerned Candidates and Stakeholders, opened a parallel national secretariat, in Abuja. 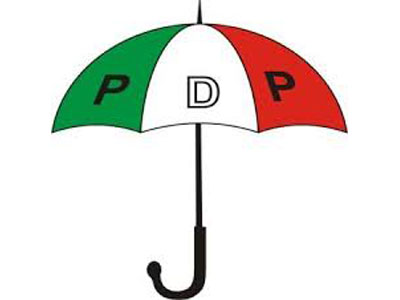 The News Agency of Nigeria (NAN) reports that the group with brand name Fresh PDP (FPDP) has its parallel Secretariat at No. 10, ‎Tito Street, Asokoro, with flag of the party mounted outside the premises.

Director General of the FPDP, Prince Emmanuel Obi-Nwosu briefing newsmen on Wednesday in Abuja said that the group rejected the outcome of the Dec. 9 convention which produced Prince Uche Secondus as PDP National Chairman.

He said that convention was supposed to be an elective one where a new National Working Committee (NWC) of the party would emerge.

“”Most tragically, there was no election on that day; but a selection of predetermined persons who were eventually announced as new NWC members’’.

He said that the group was hurt by the brazen acts of unparalleled impunity and gross manipulation of the entire process leading up to the convention.

He alleged that the Sen. Ahmed Makarfi-led National Caretaker Committee, deliberately refused to release the delegates’ list until barely 24 hours to the convention.

He also claimed that ‎some persons on the “unity list” collected nomination forms after the official closing date for the process.

Obi-Nwosu, who contested the National Youth Leader position and lost, claimed that ‎the process of selecting the current NWC was concluded days before the convention.

He called on the Independent National Electoral Commission (INEC) all other relevant authorities ‎to disregard the purported election of the NWC.

‎“”As committed and dedicated candidates and party stakeholders, we have decided to ensure that internal democracy is sustained in the party.

“”We have decided that the dreams of our founding fathers who laboured and sacrificed so much to build the party are not destroyed.

“”To this effect, we have officially opened a national secretariat of the party here in Asokoro, Abuja, from where the authentic NWC of the party will be operating.”

Obi-Nwosu said that the group would also inaugurate its authentic
national working committee by January 2018.

“”We shall commence mass mobilisation of new members and computerisation of party activities and financial transactions ‎immediately after the holidays.”

The National Publicity Secretary of the PDP, Kola Ologbodinyan, reacting to the development in a statement, described action of the group as a “comical act and childish attempt to distract the move to reposition PDP”.

Ologbondiyan, said PDP was not unperturbed by the action of the group.

““The fact is that we are happy with the efforts of the Gov Seriake Dickson-led Reconciliation Committee as well as the responses from all the respectable and responsible leaders of our party in that regard.

““We will not respond to any person or groups of individuals who decide to allow themselves to be used by forces from another political party in a laughable and childish attempt to distract us.

““The PDP under the Prince Uche Secondus-led national leadership will continue to focus on repositioning our great party to be the formidable opposition,” Kola said. (NAN)