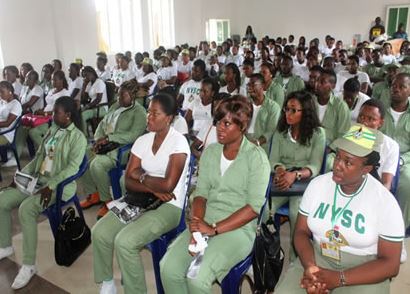 Youths Will Excel If Included In Politics And Governance- Dogara

Speaker of the House of Representatives, Rt Hon Yakubu Dogara, has expressed belief in the ability of youths to perform exceptionally well and make positive impact in politics and governance if given the opportunity to do so.

In a series of tweets, Dogara, who was tweeting about the highlights of his visit to Benue State over the weekend, also said he was happy to have met and interacted with some youth corps members.

He said, “The energy of youth is enthralling and I’m an ardent believer in all that our young people have to offer.

“From IT to the Arts, young Nigerians have made us proud. They have broken and set records in foreign countries and excelled brilliantly in different fields.”

Dogara also used the platform to reaffirm his support for the Not Too Young To Run Bill, which is aimed at providing legal backing to youth participation in politics by, among other things, reducing the age limit for people interested in running for political offices.

“I strongly support the campaign for youth inclusion in politics and governance. The NotTooYoungToRun campaign is particularly dear to my heart and I have, on several occasions, stated my commitment to aiding the advocacy.

The bill has been passed in the House but more work must be done still to ensure that the amendments being sought scale through.

True democracy must be inclusive and it is imperative that we bequeath a legacy of equitable representation to the next generation.

If young Nigerians are old enough to vote, then they are certainly not too young to run,” he added.