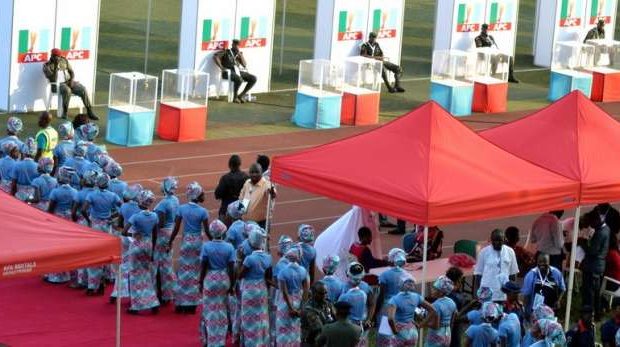 APC Inaugurates National Exco For Coalition Of Over 160 Support Groups

“The event of today is a milestone in a journey that started close to two years ago. The APC cannot thank IRI enough for its contribution in this journey because their contributions are both unquantifiable and immeasurable. The newly inaugurated national executives must ensure effective coordination, constant communication and meeting with all the APC support groups and report regularly to the national leadership of the party.” Senator Shuaibu said during the inauguration.

In his acceptance speech, National Coordinator of APC Persons Living With Disability Support Groups assured the APC of continued commitment in contributing to the development of the party. He said the national executive of the APC PWD Support Groups is now equipped to embark on a massive membership drive for the APC.

On his part, interim National Coordinator of the coalition of APC Support Groups said that coalition is poised to support the APC and the administration of President Muhammadu Buhari to bring about the desired change in our national life and bring economic and social development for the wellbeing of Nigerians.