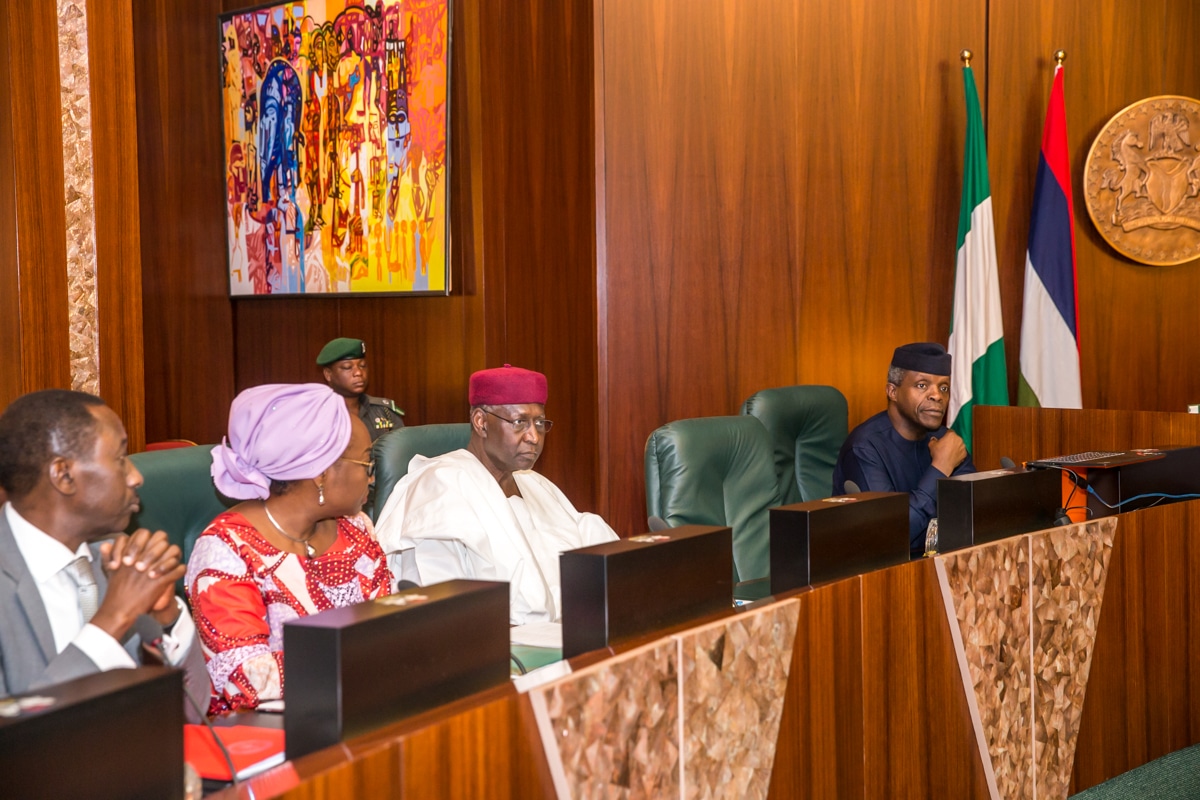 The Federal Executive Council (FEC) has approved the setting up of a 29-member National Minimum Wage Committee to negotiate and arrive at a new minimum wage in the country.

The meeting was presided over by acting President Yemi Osinbajo.

The Minister of Labour and Employment, Dr Chris Ngige said this when he briefed State House correspondents on the outcome of the meeting of the Council held in the Presidential Villa, Abuja on Wednesday.

He stated that the approval of the committee followed the council’s deliberation on the report of the joint committee of government and the Nigeria Labour Congress (NLC) and the Trade Union Congress (TUC).

Ngige said that membership of the committee would be drawn from Governors’ Forum, organised private sector and labour federation.

According to him, the chairman and secretary of the committee will be appointed by the Federal Government.
“Today, the Council deliberated on the report of the joint committee of government on one side and the labour federation of the NLC and TUC.

“If you recall, on May 11, 2016, there was a deregulation of the oil and gas sector in Nigeria and this resulted in the increase we had in the Premium Motor Spirit (PMS).

“As a result of that, the labour union kicked against the increase and said that even if the increase will be there, government should put in place mechanisms to make sure that we don’t have further increases.

“That is why they said the Petroleum Pricing Regulatory Board (PPRB) should be put in place.’’

Osinbajo said that labour also asked for review of the National Minimum Wage for workers in the country in order to enable them have better purchasing power.

“Prior to this increase, they had made a demand of N56,000 monthly as the lowest wage payable to any Nigerian worker and thirdly they need some palliatives to cushion the effect of the increase in the pump price of petrol.

“So, government put in place a committee and that committee finished its work on April 24 and handed its report to Secretary to the Government of the Federation.

“Today at the council, I presented the report with various recommendations therein and I’m happy to let you know that government approved the setting up of National Minimum Wage committee,’’ he said.

According to the minister, the Federal Government will present six members of the committee from the public sector; Governors’ Forum will select six governors (one from each geo-political zone), and labour federation will present eight persons.

He added that the organised employers association would jointly present eight persons as members of the committee.

The minister, however, revealed that the chairman and secretary of the 29-member committee would be appointed by the Federal Government.

Ngige reassured that the government would commence the payment of arrears of salaries and promotion, death benefits and other outstanding allowances of workers to boost their morale.