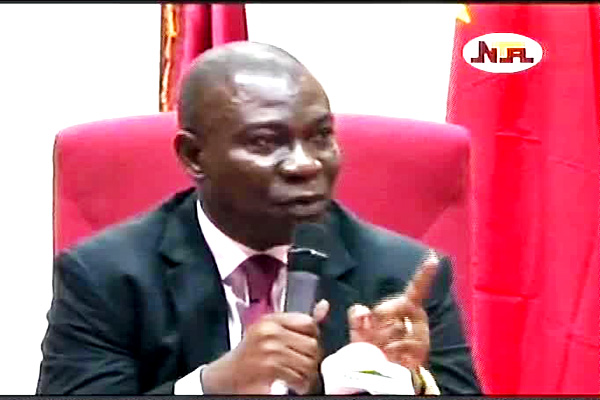 The Deputy President of the Senate, Senator Ike Ekweremadu, has called for the total removal of age as a criterion for holding political offices in Nigeria.

This was made known in a press release issued by the Special Adviser (Media) to Deputy President of the Senate, Uche Anichukwu in on Thursday in Abuja.

He instead called for a situation where the electorate are allowed to make their choices based on their assessment of the competence of those who present themselves for elections.

Ekweremadu made the call on Thursday when he received in audience the Not Too Young To Run (#NotTooYoungToRun) Campaign championed by the Youth Initiative for Advocacy, Growth and Advancement (YIAGA) in his office at the National Assembly, Abuja.

The Senator said: “We have just acknowledged the young man, Emmanuel Macron, who is now the President of France. We believe it can also happen here in our country; and we believe that with education and exposure, people can achieve a lot at a very young age.

“Therefore, while many Nigerians are calling for a reduction in the age barrier, it is actually my strong and personal opinion that there should be no age barrier in terms of running for political offices or holding executive positions.

“I know, and I believe too, that sovereignty belongs to the people, and they exercise this sovereignty through the ballot box. If they desire to vote in a very young person, so be it. That is their choice, and that is what sovereignty is all about.

“For many years now, we have said that the youth are the leaders of tomorrow. If we continue to sideline them with age barrier, then that tomorrow may never come. But as far as I am concerned, that tomorrow has come and people should be judged by their competence, integrity, and capacity, not their biological age. That is the global trend and we cannot be an exception.”

Ekweremadu, who also chairs the Senate Committee on Constitution Review said that the nation’s greatest resource remained the youth.

He commended YIAGA, noting that the nation’s democracy was nevertheless making progress as more youth are now participating actively in the political process.

He said that although the Senate Committee on Constitution Review had submitted its final report to the Senate, constitution amendment was a continuous process and issues not covered could always be accommodated in subsequent amendments even in the same Assembly.

Earlier in her address, the leader of the delegation and Programme Director of YIAGA, Miss Cynthia Mbamalu, solicited the Senate’s support for the constitution amendment bill sponsored by the Chairman, Senate Committee on Special Duties, Senator Abdul Aziz Nyako, seeking to align the voting age of 18 years with eligibility to contest for political offices in Nigeria.

Citing the recent election of 39-year old Emmanuel Macron as the President of France, she called for more political space for the Nigerian youth.