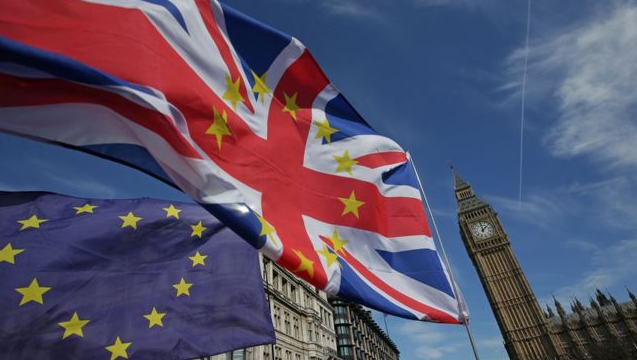 Brexit: Talks May Not Start On June 19 – UK Minister

Formal talks on Britain’s exit, (Brexit) from the European Union may not begin on June 19 as that is the same date the government is due to set out its policy programme for the new parliament, Brexit minister David Davis said on Monday.

Davis, whose Conservative Party is due to put its policy programme or Queen’s Speech to parliament on June 19 after failing to win a majority during Thursday’s election, said the Brexit talks would begin at some point next week.

“It’s in the week of next week, basically, is the first discussions,” Davis told Sky News when asked about the practicalities of the negotiations.

“My permanent secretary is actually in Brussels today talking to them about the details.

“It may not be on the Monday because we’ve also got the Queen’s Speech that week and I will have to speak in that and so on.”

NAN reports that with 643 out of 650 seats declared, the Conservatives had won 315 seats.

Though the biggest single winner, they failed to reach the 326-mark they would need to command a parliamentary majority. Labour had won 261 seats.

The United Kingdom general election in 2017 took place on Thursday 8 June 2017. Each of the 650 parliamentary constituencies elected one Member of Parliament (MP) to the House of Commons, the lower house of Parliament.

In line with the Fixed-term Parliaments Act 2011, an election had not been due until 7 May 2020, but a call by Prime Minister Theresa May for a snap election received the necessary two-thirds majority in the House of Commons on Wednesday 19 April 2017.