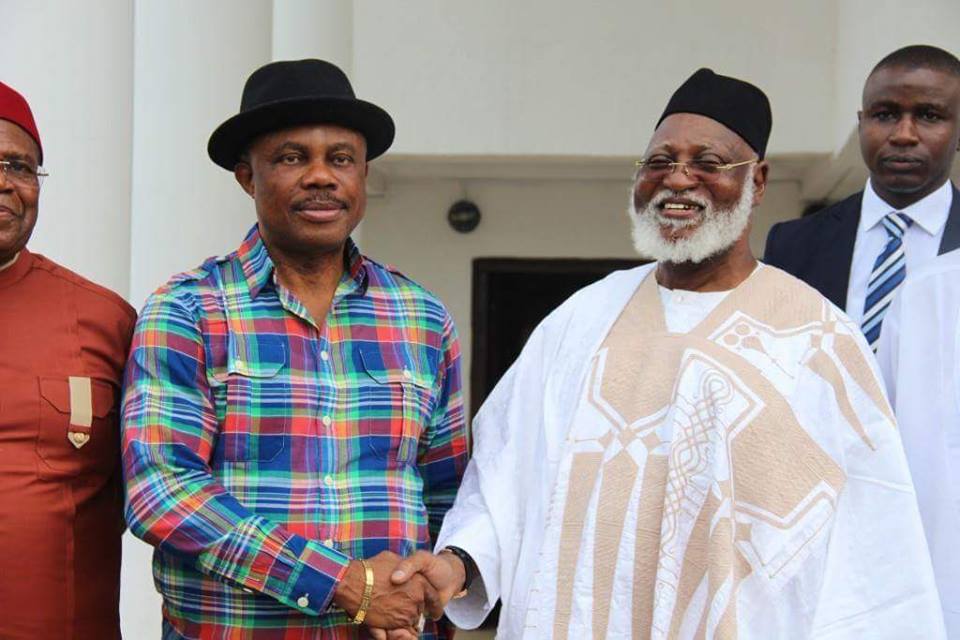 Uba, the gubernatorial aspirant in the All Progressives Congress (APC) made the vow during his sensitization tour to various local government areas in the state.

While addressing the huge gathering of party faithful and indigenes ahead of the APC primary election in the state, Uba expressed confidence that he will clinch the part’s ticket in the primaries.

“Anambra state needs someone like me who has resources and connection to turn things around and bring federal presence, employment and infrastructure to the state”, he said.

He assured the leadership of the party in the state of his maximum support and assistance that will enable them to carry out their various duties.

He said that he had exemplified his commitment to the state with the donation of 24 vehicles to all the local government areas in the state, party chairmen and bags of rice with cash support to the party faithful.

At the Onitsha North local government, a member of the House of Representatives, Hon Linda Ikpeazu, called on the indigenes to give maximum support to Senator Uba.

She described the senator as determined and generous representative, recalling how he attracted employment to Anambra indigenes during the Obasanjo administration.

At Ogidi, Idemili North Local Government area and Ojoto Idemili South local government area, the governorship aspirant pledged that his administration will be all inclusive, devoid of discrimination and marginalisation for the benefit of all.

In his vote of thanks, the zonal leader of the party in Anambra North senatorial zone assured Senator Uba of maximum support during the primary election.

He expressed confidence that the senator would emerge at the primary election and go on to win the governorship election.

NEWER POSTEvans: The Kidnap that Proved To Be Biggest Mistake For the Kingpin
OLDER POSTAbia State Governor Dissolves Entire Cabinet