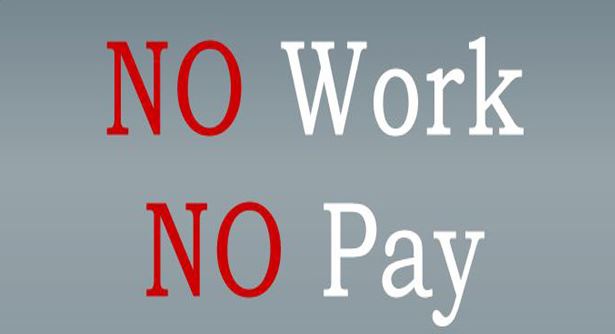 Nasarawa government has directed that only civil servants who defiled the ongoing strike should be paid their June salaries.

A statement signed by Mr Thomas Ogiri, State Head of Civil Service, on Wednesday in Lafia, said the position was in line with the labour law.

“It states that, any worker who takes part in a strike is not entitled to any wages or remuneration throughout the period of the strike,’’ he said.

According to him, only civil servants that still reports to their duty post and are not participating in the ongoing strike, are eligible to receive salaries.

He also directed permanent secretaries and accounting officers of MDAs to take all necessary steps to ensure immediate table payment of June 2017 salaries to deserving staff.

In his reaction, Ahmed Naibi, Secretary of the state chapter of the Nigeria Labour Congress (NLC), said the government does not have the right to invoke such policy, adding that the workers involved were not on legitimate strike.

He added that this is part of measures by the state government to intimidate the officials of the union and its members into suspending the strike.

According to him, government can only invoke such policy if workers absconded from duty for no just course.

Naibi added that the law has given the organised labour the right to embark on strike to press home their demands.

“The union is taken inventory of the few staff still reporting to their duty post and would sanction them at the most appropriate time,” he said.

He, therefore, called on the workers to ignore whatever threat by the government and continue to remain at home until the government meets all their demands.

The state’s organised labour made up of TUC and Labour congress had embarked on strike since May 12, demanding for payment of outstanding salary arrears and promotion.