The Independent National Electoral Commission (INEC) has assured that it would continue to improve on the conduct of free, fair and credible elections in the country.

INEC National Commissioner, Prince Adedeji Soyebi, gave the assurance when he presented Certificate of Return to the winner of the Osun West Senatorial bye-election, Mr Ademola Adeleke, at INEC headquarters in Abuja on Tuesday. 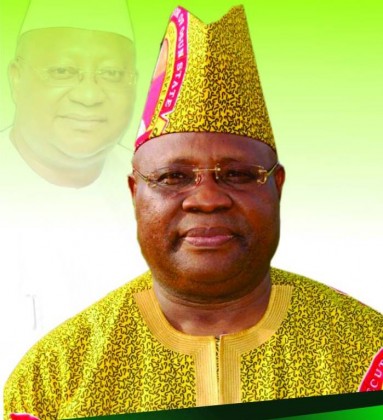 INEC on Sunday declared Adeleke of the Peoples’ Democratic Party (PDP) the winner of the bye-election held in 10 local government areas of the senatorial district.

The winner, who is the younger brother of the late Sen. Isiaka Adeleke, polled 97,480 votes to defeat former Sen. Mudashiru Hussein of the APC, who scored 66,116 votes.

Adedeji advised citizens to always create the enabling environment for peaceful elections for the commission.

He commended the people of Osun West for their peaceful conduct during and after the Saturday election, saying that they have set precedence for Nigeria election.

“I must commend the people of Osun West for the way and manner they conducted themselves in the election.

“They conducted themselves in a peaceful, friendly and ideal atmosphere for elections. They have set a role model or standard for others to emulate.

“The people of Osun have shown us how elections should be conducted,” he said.

Adedeji said that if the citizens conduct themselves in peaceful way as the people of Osun West did, the work of the commission would be easier.

He thereafter presented the certificate of return to Adedeji.

Responding, Adeleke commended INEC for conducting the election in a free, fair and credible manner.

The senator-elect also commended his constituents for their support and the way they created a peaceful atmosphere for the election.

Adeleke in an interview with newsmen pledged not to disappoint the people of the state that elected him.

He pledged to introduce free medical care and free interest microfinance in his constituency.

He advised the party never to discard a candidate with winning potential.

The senator-elect said that he was glad for the PDP that gave him a platform to contest and he won.

“I followed all the electoral process and I was declared unopposed in the primaries until it they started their manipulations.

“I used to be in the Peoples’ Democratic Party (PDP) and I am back home now.

“My interest was in APC, but it was when I got there, we discovered that they don’t practice democracy,” Adeleke said. (NAN)