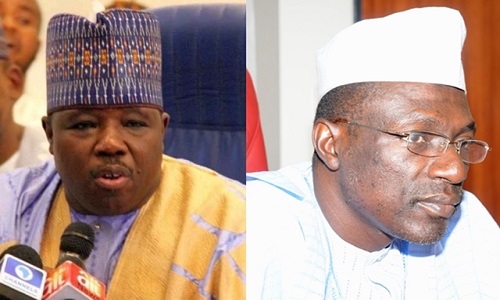 The Supreme Court has scheduled July 12, 2017 for the final Judgment that will determine who will lead the former ruling party.

It could be recalled that Makarfi filed an appeal challenging the judgement of Appeal Court sitting in Portharcourt which sacked him as the national chairman of the party and confirmed Sheriff as the chairman.

The Supreme court had earlier struck out an application by National chairman of the PDP, Ali Modu Sheriff, asking the court not to hear the appeal of Ahmed Makarfi, national caretaker of the party.

In March, both parties agreed to work together and said to have signed a peace deal agreement, who’s resolutions reached were that all actors of the party should desist from making derogatory, inflammatory and divisive statements against party officials, stakeholders and members.

It was also signed by Alhaji Ahmed Gulak, and Benard Mikko; the Chief of Staff, and the Acting Publicity Secretary to Sheriff respectively, as well as Dave Iorhemba.

In the course of litigation, both leaders were declared to be the authentic chairmen of the party by different courts in Port-Harcourt and Abuja in what seems to be contradictory verdicts.