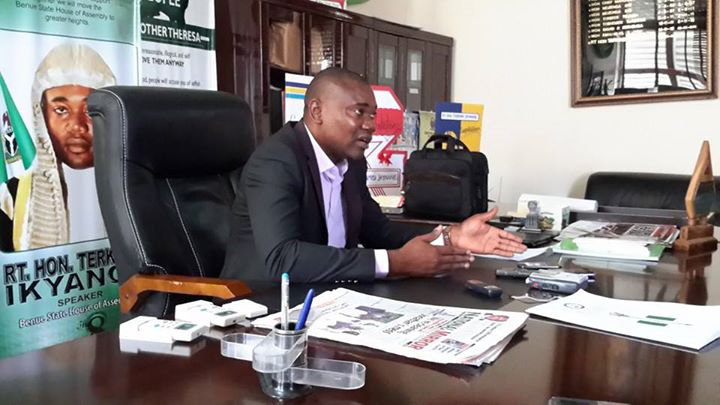 “The north is in dire of good leaders that will redirect its focus. We want you to provide good leadership that will chart a new path for it,” Ikyange said, in a reaction to Unongo’s emergence as NEF chairman on Thursday, in Abuja.

The Speaker told NAN on Sunday in Makurdi that the emergence of Unongo as NEF leader was in recognition of the pivotal role Benue had played toward Nigeria’s unity and stabilisation.

“Your emergence is divine and well deserved; you have committed your life to serve Nigeria and its people, so this recognition is a challenge for you to do more,” he said.

He said that Unongo had consistently worked with other elder statesmen in Benue and the north-central political zone to build a united and strong country everyone would be proud of, and particularly commended their commitment to one Nigeria as an indivisible entity.

The Speaker urged the new NEF leader to strive toward a united Nigeria that was devoid of sectionalism, ethnic and religious discrimination, hate speeches and marginalisation of any kind.

In her congratulatory message to Unongo, Mrs. Mimi Orubibi, Executive Chairman, Benue Internal Revenue Service (BIRS), said that his emergency as NEF leader was a “clear reward for good work over the years”.

She said that Unongo had proved to be a father to all, and urged him to work for the growth and development of the northern region. (NAN)